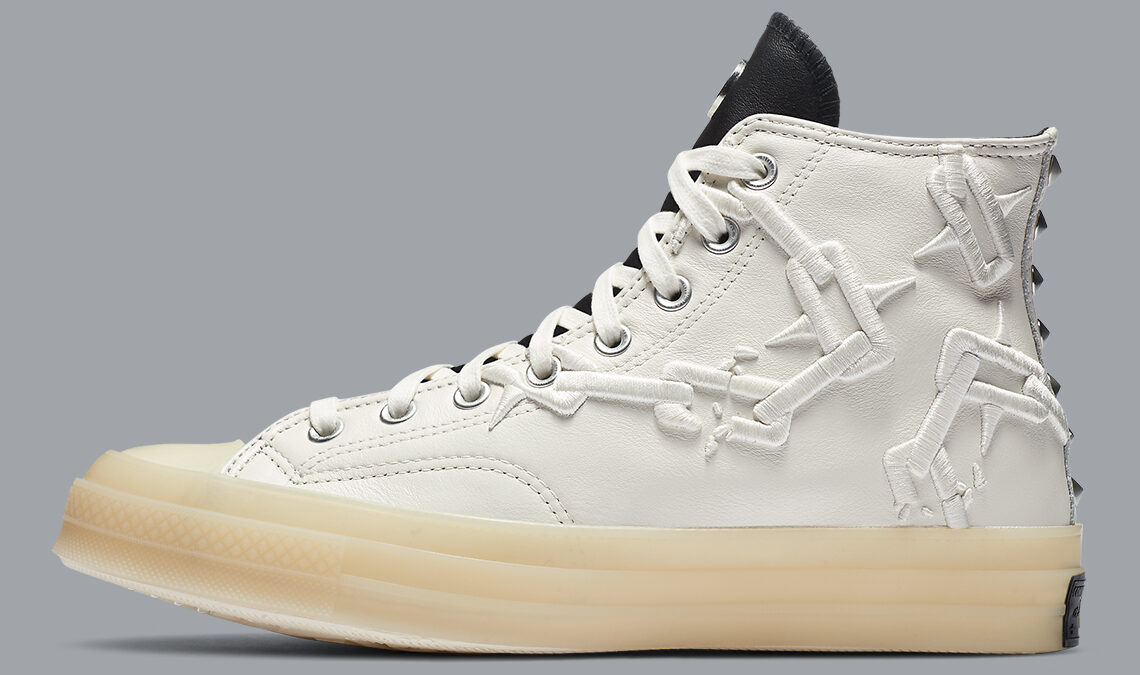 Russell Westbrook is still after his first NBA ring, but he’s already proven himself as one of the League’s centers of attractions. His all-or-nothing mentality and off-court fashion have made the Californian one of the most significant players to follow. And his NIKE, Inc. family has taken this into consideration, as it’s given him his own Jordan Brand sub-label. For its next mission, Westbrook’s “Why Not?” line is launching an Air Jordan 16 and Converse Chuck 70 dual pack, the latter showcases here.

While prosaic in the color scheme, the century-old-sneaker makes a statement, just as the reigning Houston Rockets guard. Uppers exchange their regular canvas contraction for a smoother leather, which is replete with embroidered broken-chain logos. Medial sides and toe tips indulge in yesteryear: the former copies the crackling found on concrete courts, where street basketball was born; the latter to vintage footwear. Polished hardware along and all through the tongue, also on the spine of the sneaker, paying tribute to the leather jackets Westbrook enjoys wearing. Eyelets rock “WHY NOT?” messaging. Underfoot, exaggerated sole units showcase semi-translucent, yellowed finish and all-black license plates.

Have a detailed look at official images of the Chuck 70 “Why Not?” here below, and find them alongside the before-mentioned Air Jordan on October 2nd via Nike SNKRS.