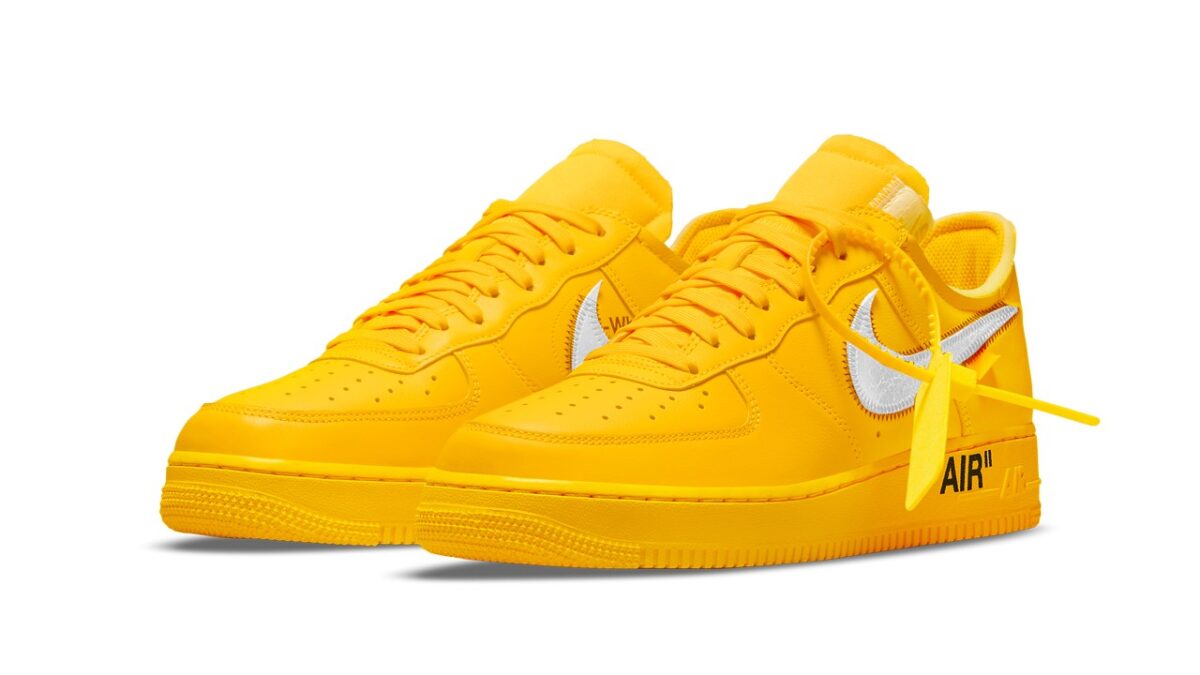 Ahead of its long speculated summertime debut, official images of Virgil Abloh‘s Off-White x Nike Air Force 1 “University Gold”- which has been teased since the top of the year- have been revealed. Guessed to be symbolizing the opening of Abloh’s “Figures of Speech” exhibit at ICA Boston, the “University Gold” presents a loud, monochromatic look that performs as a fitting follow-up to 2019’s ultra-limited Off-White x Nike Air Force 1 Low “MCA Chicago.

The “University Gold” is drenched in a rich yellow shade from head to toe. Its leather upper is divided by a metallic silver Swoosh, loosely stitched on with black thread. Both the lateral and medial quarters are graced with special details: the former adorns a delicately pinned yellow fabric tab, the latter is blasted with stamped Off-White™ branding. A yellow plastic zip tie hangs down from the laces as well.

Tongues highlight an exposed foam construction with an off-center tag that swerves towards the medial collar, and heels feature taped detailing. Co-branded hits are placed on the insoles. Rounding off the design is the black “AIR” graphic stamped on the midsole above and in front of the AF1’s standard embossed Air hit.

An official release date or pricing information for the Off-White x Nike Air Force 1 Low “University Gold” is yet to be revealed. Although, Abloh’s exhibition at ICA Boston is scheduled to open on July 3, so it may unveil around then- and might even be spotted on the feet of museum staff!