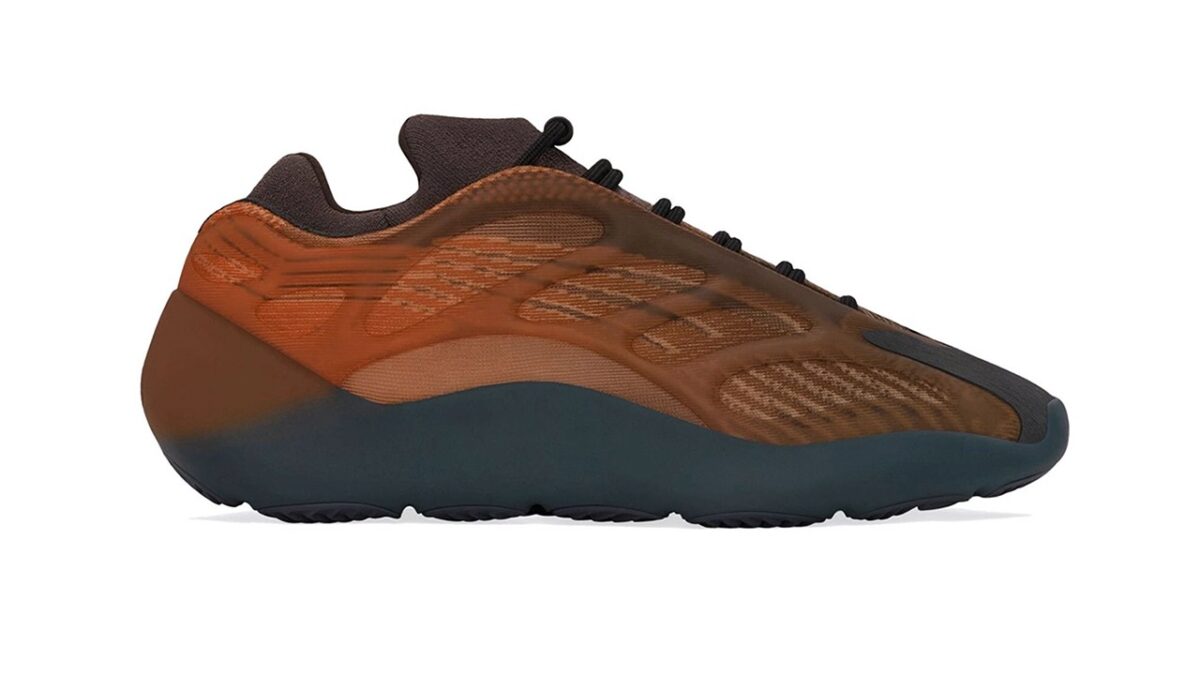 We can all get excited about Christmas footwear drops now that the Thanksgiving holiday is behind us. As the season of giving approaches, adidas and Kanye West have several colorways in the works, one being the adidas YEEZY 700 V3 “Copper Fade.” The shoe first leaked back in October, now we get an official look at the shoe.

In Ye’s upcoming release, he relies on darker, earthy hues. The “Copper Fade” hue covers the PrimeKnit sides and the TPU cages in a gradient fashion. As you make your way toward the toe boxes, the color becomes darker. It starts out brighter and more saturated at the heels. A dusty orange heel panel is accented with dark navy midsole units and a toe box overlay. The upper also features dirt brown accents on the overlays and ankle collars.

View a detailed look at the pair here, and expect them to release on December 10 for $200 USD via adidas and Yeezy Supply.