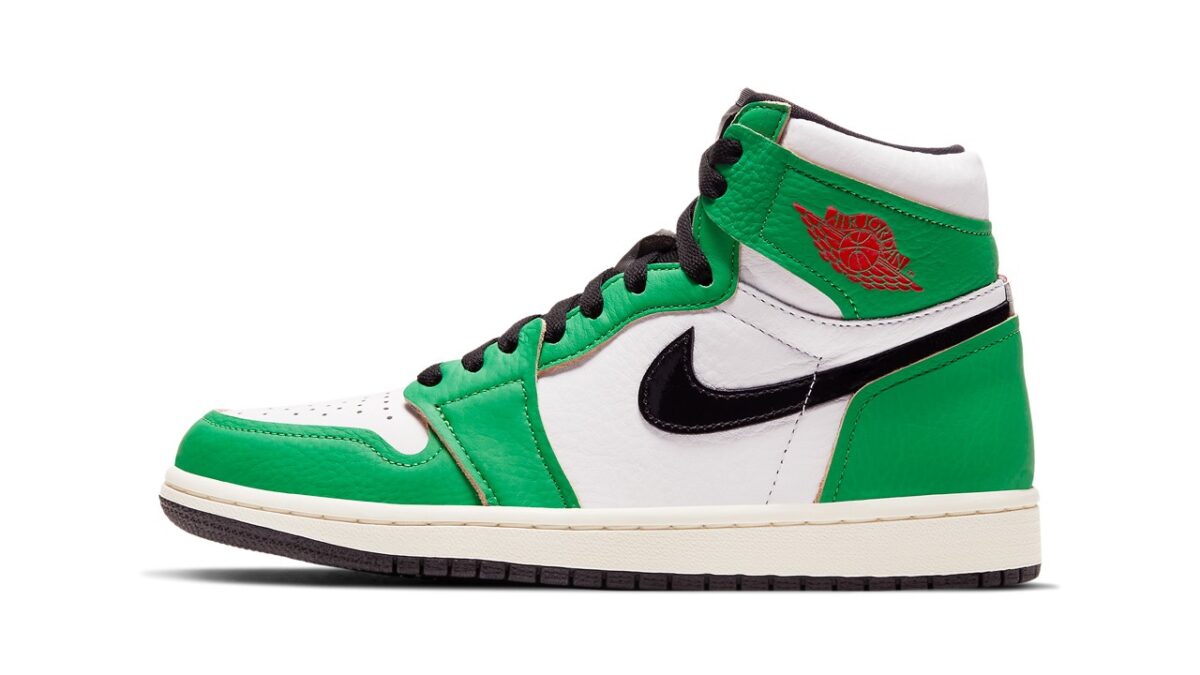 Jordan brand has readied a fresh pair of Air Jordan 1 High in Lucky Green color. A women’s-exclusive style, the “Lucky Green” is inspired by a rookie Michael Jordan‘s 63-point game against the Boston Celtics in the 1986 NBA Playoffs, a performance so scintillating it caused Celtics Hall of Fame forward Larry Bird to say “It’s just God disguised as Michael Jordan” post-game. Uppers are covered in white and green color scheme of Celtics with hints of red signifying Chicago Bulls colors.

The collars, toebox quarters take on a sail hue, with mudguards, eyestays, collar flaps and heel pieces presenting the eponymous “Lucky Green” tone. The Chicago Bulls red appears in striped style on heel as well as tongue badge and collar’s ball and wings logo. Tongues and Swooshes are black, the latter diverging from the upper’s tumbled leather build to instead show a shiny patent leather. The eyestays are not fully stitched on portraying MJ’s incomplete game in 86′. There’s also a special hardwood print on the insoles for a nod to the Boston Garden’s wood floor and a green leather hangtag. Sail midsoles and black outsoles round off the look.

The Air Jordan 1 “Lucky Green” will release via Nike SNKRS on October 14. The MSRP is set at $170 USD. Although it is indeed a women’s style, it’ll be available in an extended size run that allows larger-footed men to purchase a pair as well.

BAPE : From a Capsule Drop to a Global Brand