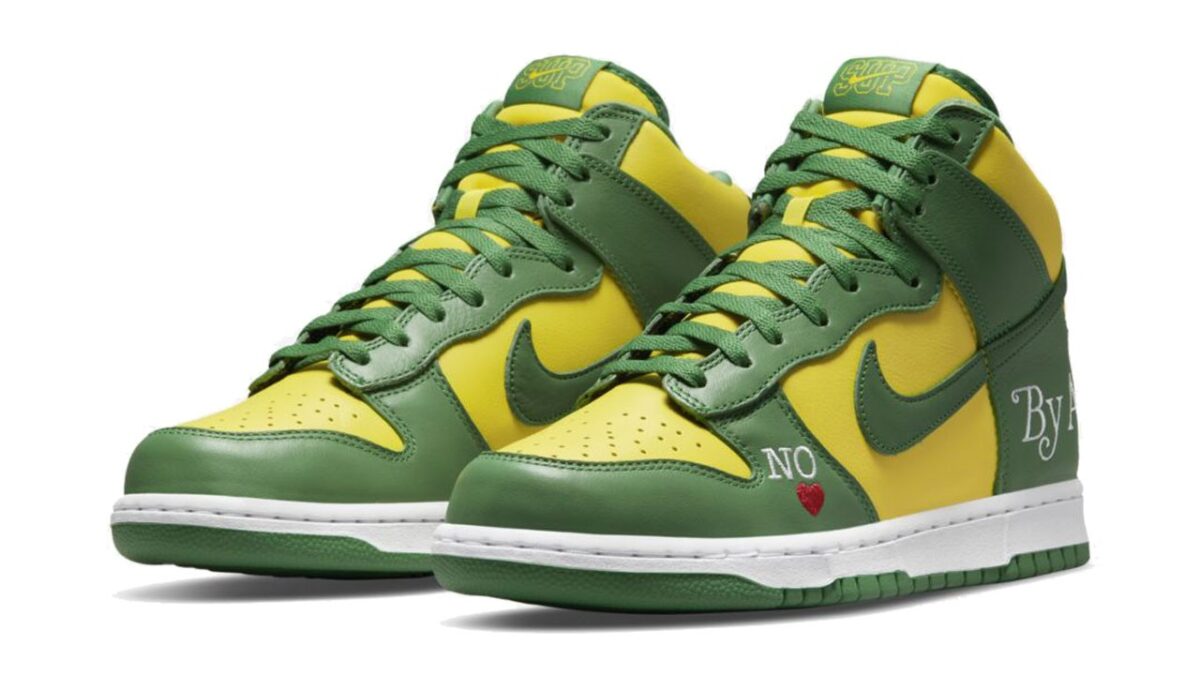 Following the release of its Nike SB Dunk High in “Navy/Red” last week, Supreme will add the “By Any Means” design in the colourway “Brazil” to its ever-growing catalogue.

This high-cut sneaker boasts several appealing details — green dominates the Swoosh iconography, laces and overlays on the uppers, while yellow is used on the front toe box, collars, tongues, and quarter panels, while the uppers feature smooth leather. As for other details, the shoe is embellished with a symbol that reads “No <3” over the lateral forefoot, and the tongue logo incorporates the word “SUP” above the Swoosh. The “By Any Means” design takes on a New York Magazine inspired font on the back of the sneaker, while an embroidered “Supreme Team” logo appears on the top yellow leather.

Although no release date for the “Brazil” silhouette has been announced yet, it will likely release on Supreme and SNKRS soon.