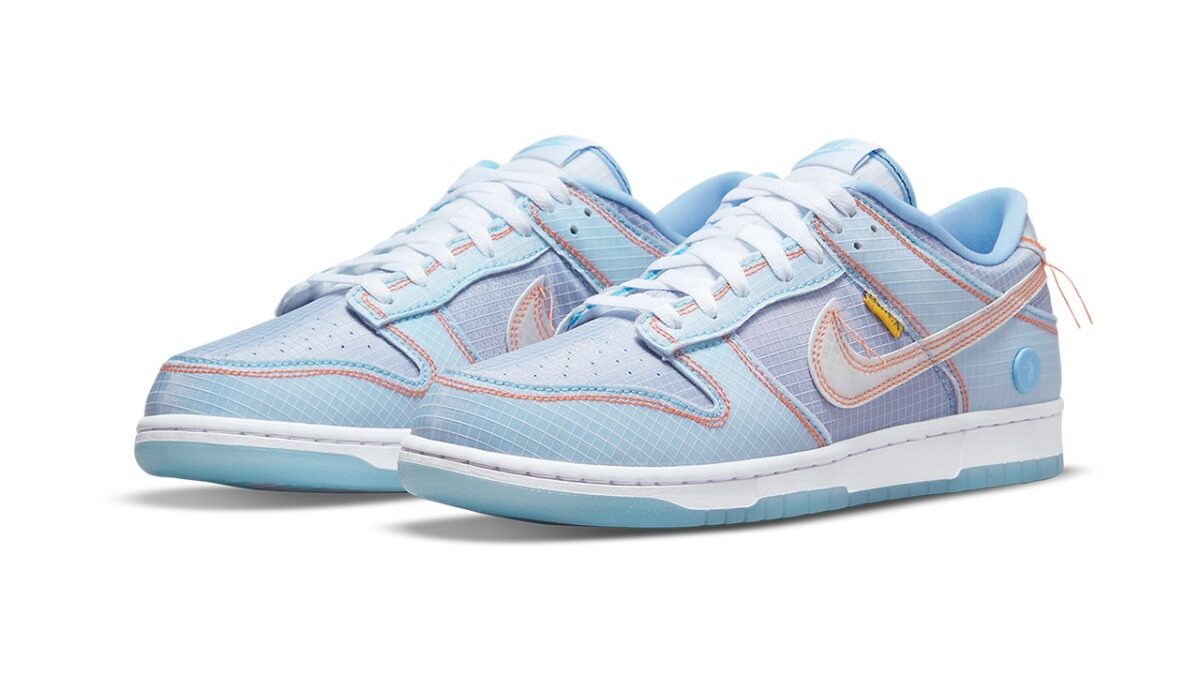 For this forthcoming design, Union proprietor Chris Gibbs and his platoon decided to stray down from the figure’s traditional constructions. Rather than smooth leather uppers, the shoes are cooked with full grid-patterned uppers that are adorned with a cool baby blue tone across the forefoot and overlays and a grade grandiloquent tinge atop the quarter panels and collars.

Differing notes arrive by way of the angelic speeches as well as the Union tabs that fix to the diggings and exposed orange stitchings that outline the shoe’s colorful sections. Union also adds their own Frontman totem atop the button that’s bedded into the side heels, the left shoe’s insoles, and on the forefoot of the icy treading.