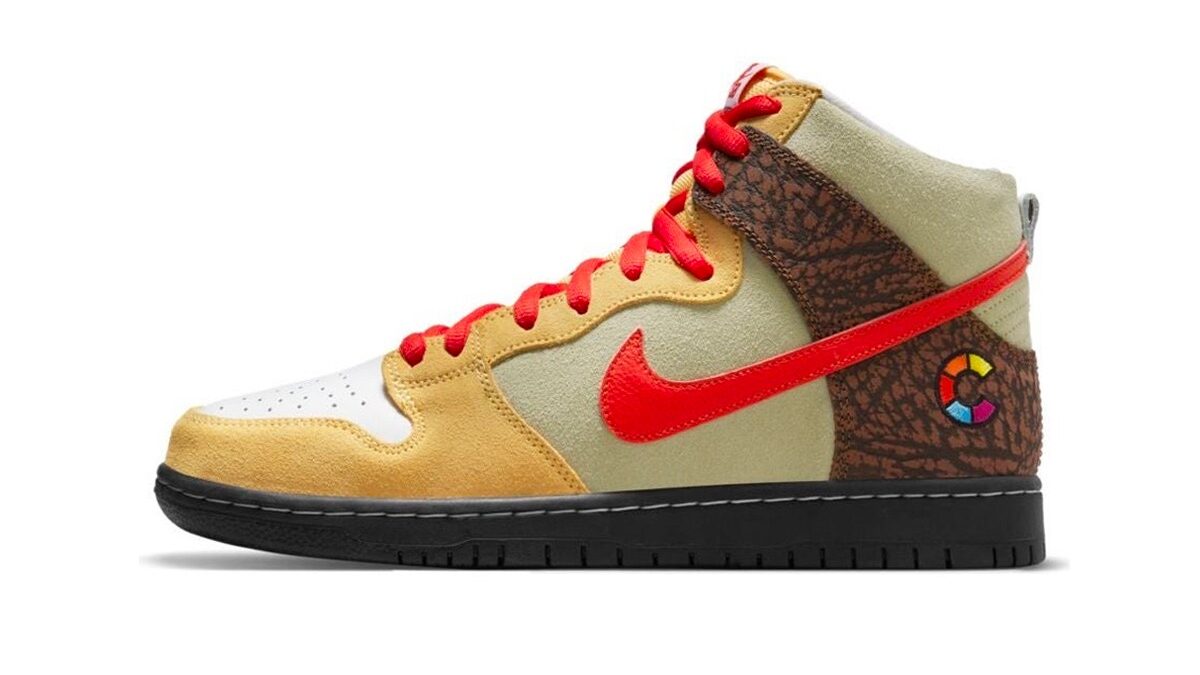 Nike SB and Athens-based skate shop Color Skates have come together on a Dunk High inspired by gyro kebabs adding to the ever growing list of Nike collaborations.

The upcoming take sees the Nike SB Dunk High celebrating the beloved Greek food dressed in pita-like tan and light brown suede accented by brown elephant print representing the meat cooked on a vertical rotisserie. Other elements include the white toe box drawing from the juxtaposed look of tzatziki sauce and hits of tomato red found on the laces and midfoot Swooshes. Further the silhouette entails gyro kebab and Color Skates embroidery, co-branded “Kebab and Destroy” tongue tags and special printed insoles. Completing the design of the shoes are black sole units with white contrast stitching.

Official release details have not emerged yet but the Color Skates x Nike SB Dunk High “Kebab and Destroy” is expected to release later this year.