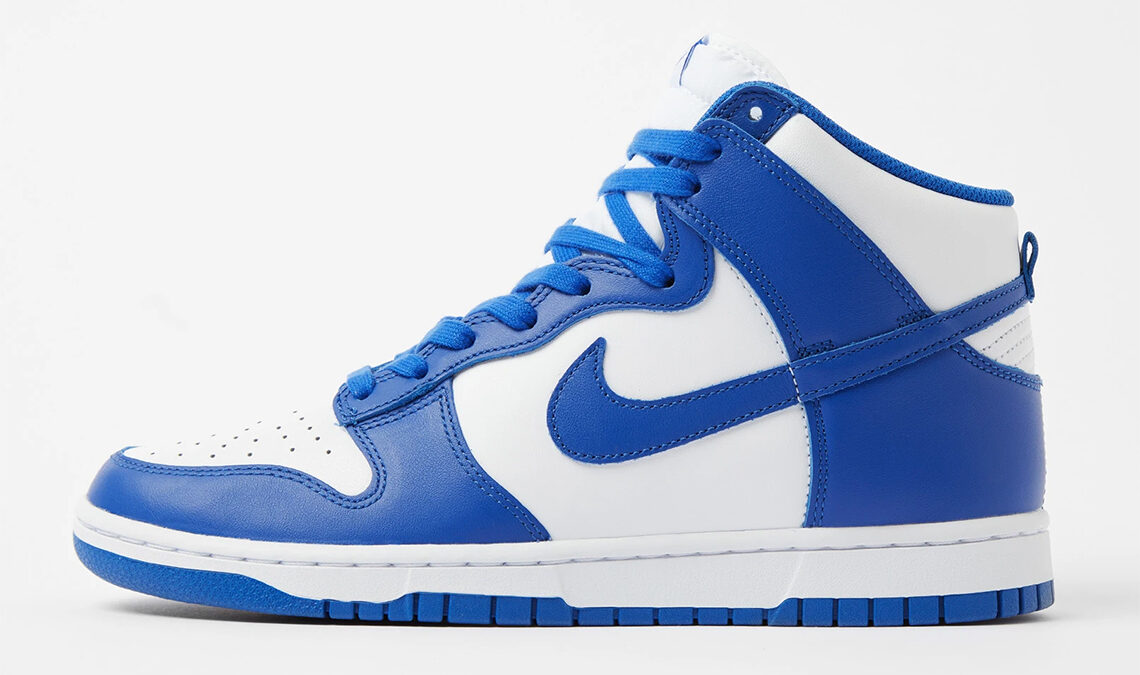 To start June with a kick start, Nike doubled up on Dunk Low releases by releasing the iterations “Michigan” and “Team Green” on June 3rd. Exercise your luck and get your hands on the Dunk High “Game Royal” even if you were able to score W’s or took L’s or not.

The high-top sports the straight forward, dual toned colorway is common to most of the Dunk models. As revealed back in February, the pair features a white smooth leather base covered with overlays and profile Swooshes in the Kentucky-reminiscent “Game Royal.” The rich blue also graces the silhouette by appearing on the insides and the rubber outsole. Interestingly enough, the pair drops less than a week before AMBUSH releases its own royal blue Nike Dunk in the U.S.—namely the “Deep Royal Blue” Dunk High.

Take a look at images of the Dunk High below, which are set to release in full-family sizing globally on the 11th of June at the listed retailers.