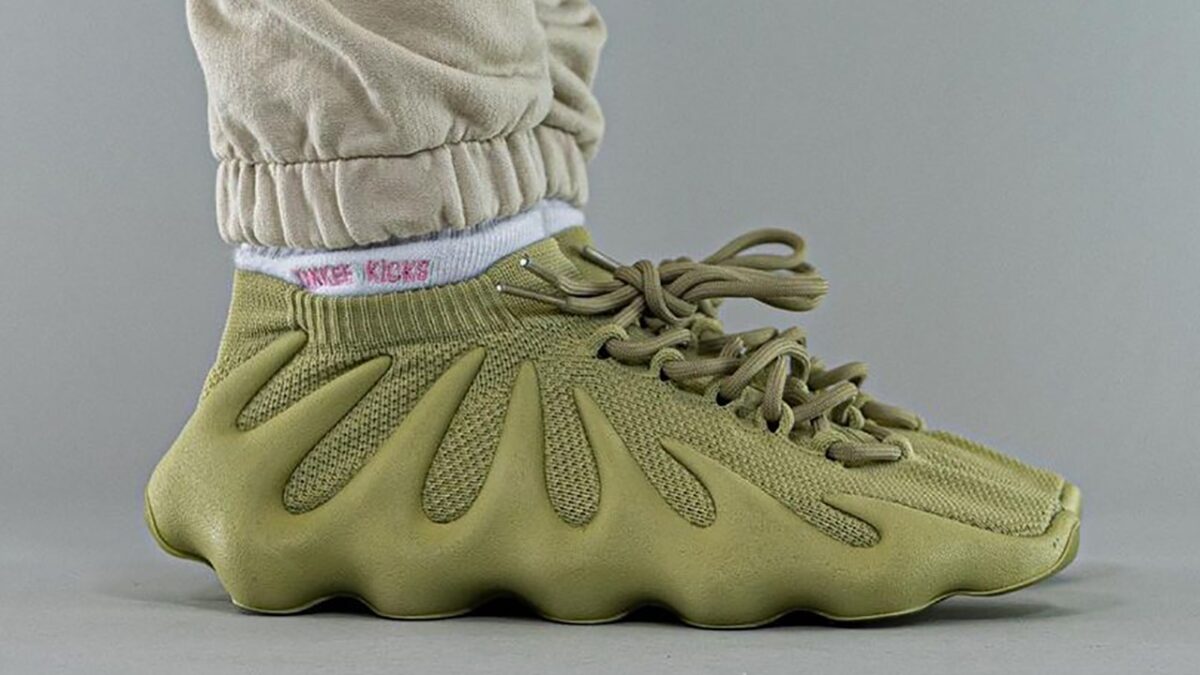 Kanye has just started to express his most unorthodox side in the music industry, a reflection of which is visible in the YEEZY empire. During the Fall/Winter 2021 season, Ye has intentions of dropping a bevy of new offerings, one being the adidas YEEZY 450 “Dark Sulfur” that has just emerged via on-foot imagery.

This design might be the most unique one YEEZY has put out to date. It has a monotonous look with a monochromatic look. The upper build is forced with a PrimeKnit material that fits snug like a sock, both of which are drenched in a “Dark Sulfur” hue. The shoelaces offer a slight bit of contrast as they appear with an olive green finish. The treading is shaped with wavy grooves and features a tonal adidas logo towards the toe tips.

On a visual note, the shoe bears a resemblance to the recently surfaced adidas YEEZY 450 “Resin” with an exception of a dark-toned exterior.

The pair is expected to drop for a retail price of $180 USD in the coming months.