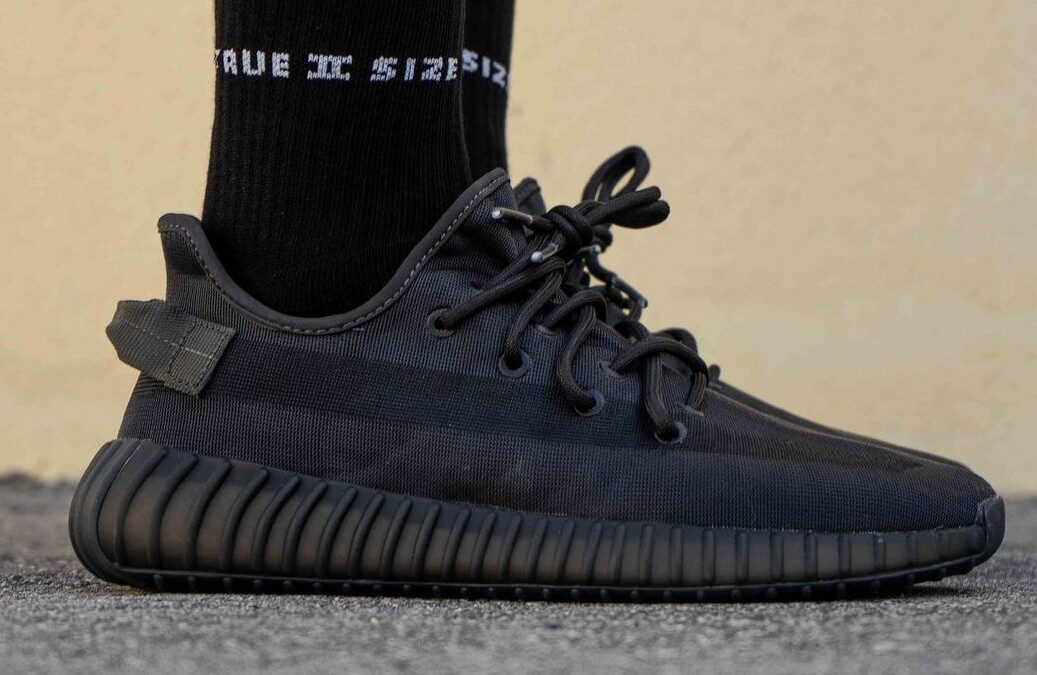 Kanye West is looking forward to drop a four-shoe set of Yeezy 350 V2‘s dubbed as “Mono”;“Mono Ice,” “Mono Mist,” “Mono Clay” and “Mono Cinder this summer. The “Mono” pack’s main detail is the new skeleton-like midfoot structure visible through its synthetic upper. Due to the “Mono Cinder” being dressed in a stark black tone, this key piece is less notable than it is on the three other pairs but can still be seen with just a little effort. Eyelets have been altered as well: on past YEEZY BOOST 350 V2s they were merely holes in the upper, but on the “Mono Cinder” they’re rimmed with thick stitching to add support and texture alike. A tonal post-dyed monofilament side stripe adds a slash of detail to the lateral side, while black laces and a black heel tab aid with fit. Down below, a smoky, semi-opaque black midsoles houses a full-length white BOOST footbed to provide signature YEEZY cushioning. Black outsoles round off the look. The adidas YEEZY BOOST 350 V2 “Mono Cinder” is set to release later this summer, though an exact date of arrival has yet to be confirmed by the Three Stripes. Its MSRP will likely be set at $220 USD.

The Nike Zoom Type “Hemp” To Drop Exclusively At size?