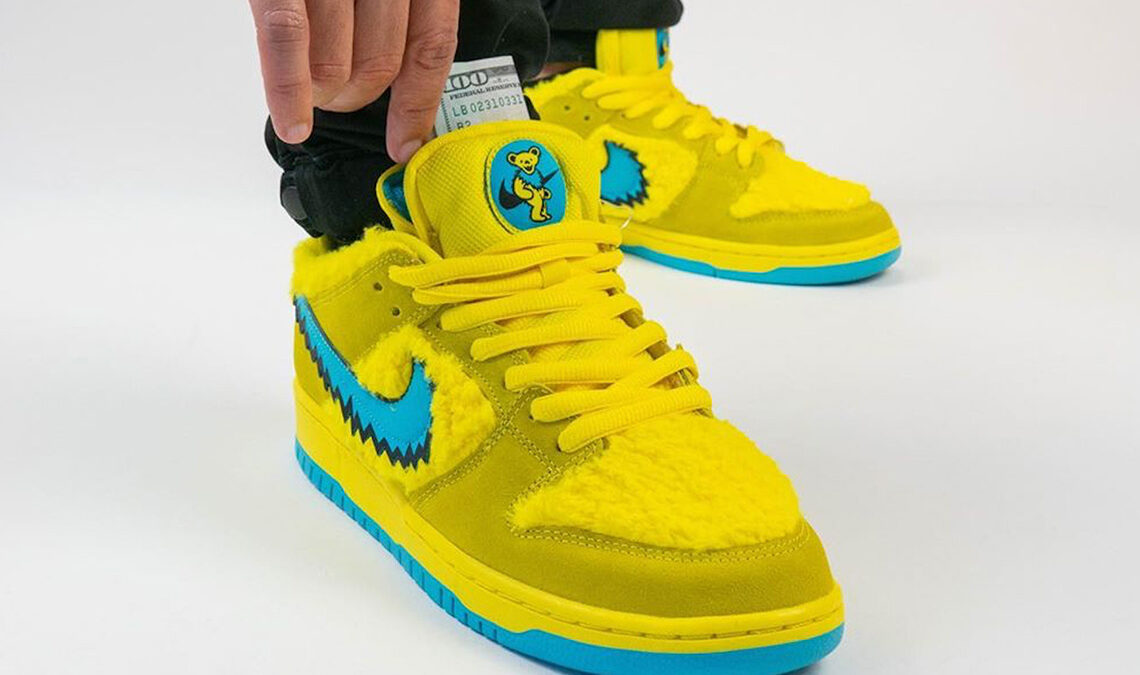 The Nike Dunks have come back and are so popular now, it’s not even funny. Even though in recent times, the Travis Scott, and Ben & Jerry’s Dunks have been making the headlines, most sneakerheads will most probably divert their attention to these new Grateful Dead SB Dunk Lows. Seen in Green and Orange-ish brown colourways before this, the Opti-Yellow colour has shown up in great detail online, via @yankeekicks. It Is modeled after the famous Yellow Bear artwork, and the pair takes on a familiar colour scheme, with the shading on the fur and suede panels, and the entirety of the midsole. The tread, and the jagged Swoosh take on an aqua blue shade, which matches the drawing on the tongue. Speaking of the tongue, this actually doubles as a stash pocket, just like the Travis Scott Air Jordan 1 High’s hidden ankle stash pocket. No official info on release dates, and pricing as of yet.

The Adidas Yeezy Boost 380 "Blue Oat" might drop this month.