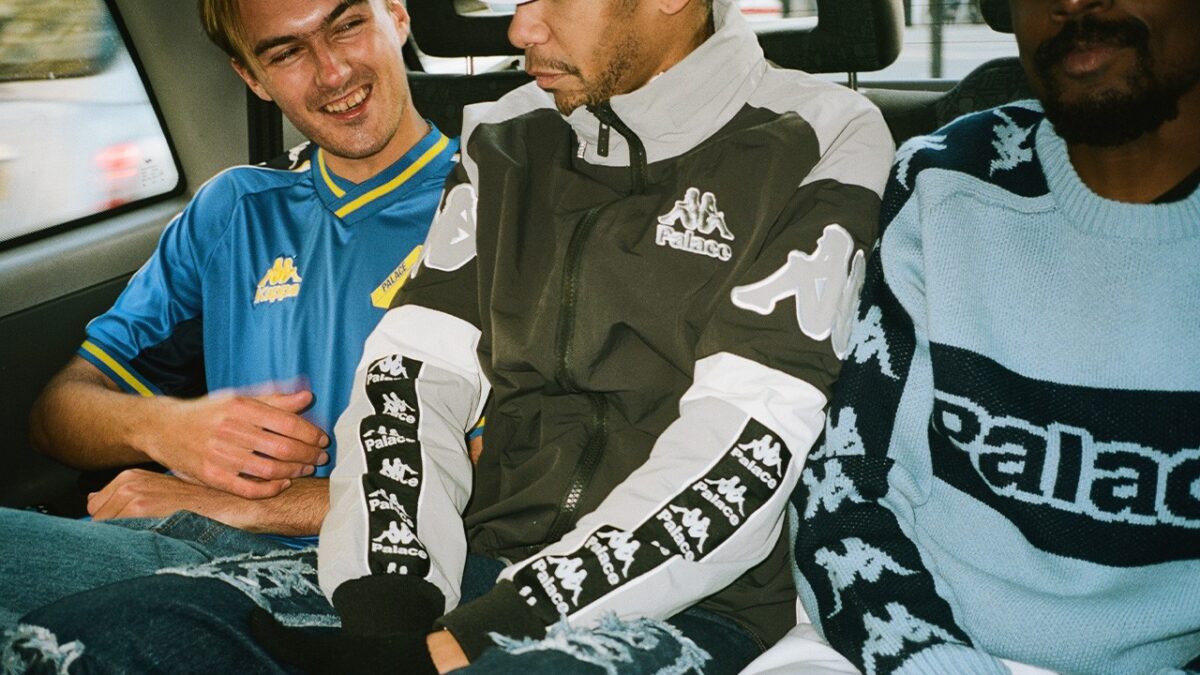 To mark the duo’s first collaboration, Kappa invited Palace’s design team to Turin to dig into its extensive archive to draw inspiration from its plethora of epochal nineties sportswear. From Kappa-sponsored football kits and tracksuits to iconic pieces that had been redesigned by various Britpop stars, the Palace team honed in on garments and various design aspects that almost immediately transported them back to the 1990s.

Some highlighting pieces from the collaboration involved a crinkle-effect long jacket which is constructed in a technical nylon with the “Maxi Kappa” logo on the shoulders and Palace’s reworked “banda” on the sleeves, and a Kappa 222 tracksuit in poly tricot reconceptualize with a playful co-branded logo that attracts attention.

The collection also comes with a selection of raglan-sleeve T-shirts inspired by classic football jerseys drenched in blue, yellow, pink and black, colors with a boot bag that features a rubber iteration of the co-branded logo.

The Kappa x Palace collaboration will be releasing on December 3rd, 11 A.M. GMT, and 11 A.M. EDT in US and UK through the Palace website. The Japan and China release is scheduled for December 4, via the Palace WeChat channel.