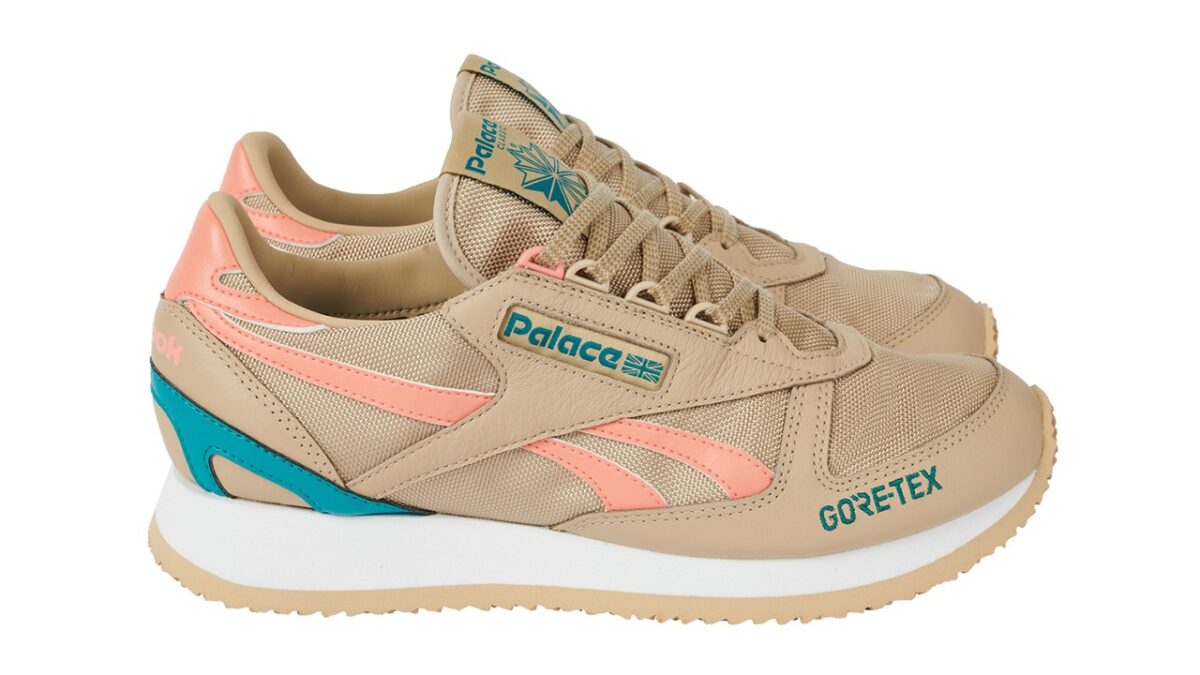 Palace has announced its third partnership of the Spring 2022 season, following the releases of Brixton’s Baddest and the Detroit Tigers. The new project reunites the London label with long-time collaborator Reebok Classics for three new Victory G variants.

The sneaker is available in three colorways: “Sand,” “Black,” and “White,” with each design including a GORE-TEX upper. Other details comprise contrasting color hits, such as pastel pink and blue on the “Sand” colorway, bright yellow and pink parts on the black, and purple and green patterning on the white.

The Palace branding is then added to the side window, as well as a GORE-TEX logo on the front of the foot and “Palace Classic” tongue tags.