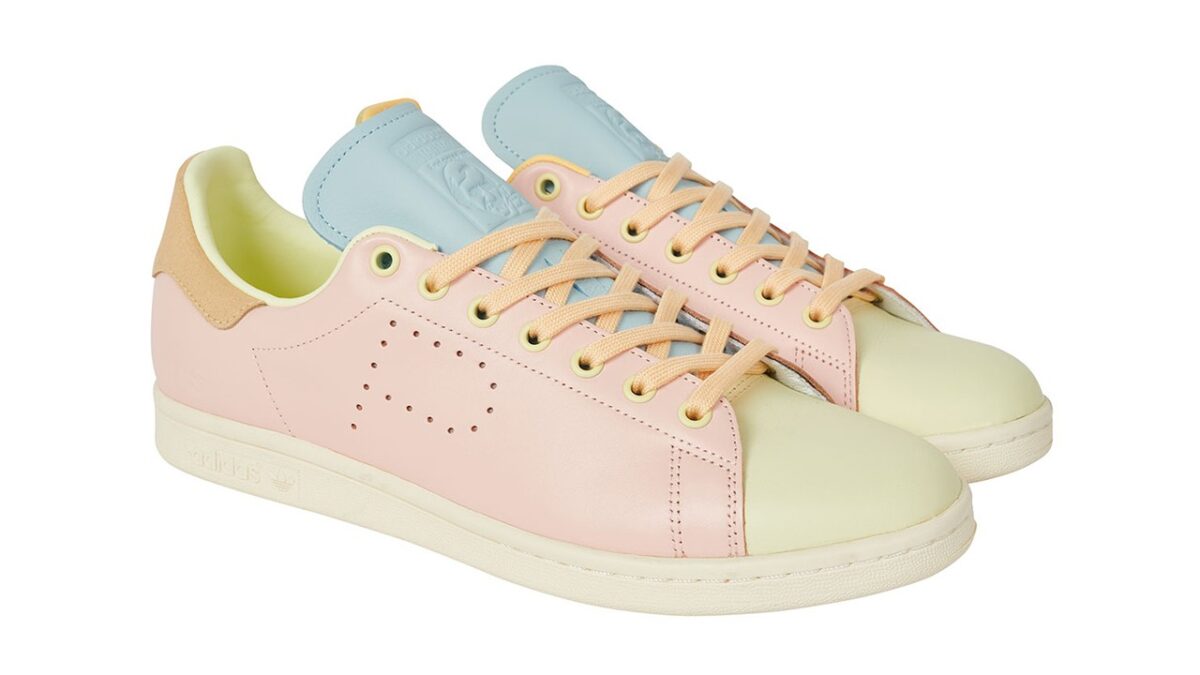 After sharing a glimpse of the collaboration in its recent lookbook, Palace has finally lifted the lid on its latest adidas Originals release. As a part of the Spring 2021 collection, the Stan Smith will now be arriving in two new eye catching colorways.

The pairs will feature a patchwork design in terms of colors and materials. The former of the two features a series of pastel tones such as pink, light blue and yellow while the latter is a twist on the classic Stan Smith green and white colorway. Adding to the green and white tones is a bright pink sockliner and a gray tongue. The pairs are concluded with minimalistic branding with the Palace Triferg on the right heel tab and the adidas trefoil on the left. In addition, a perforated “P” will be replacing the classic three-stripe branding on the side wall.