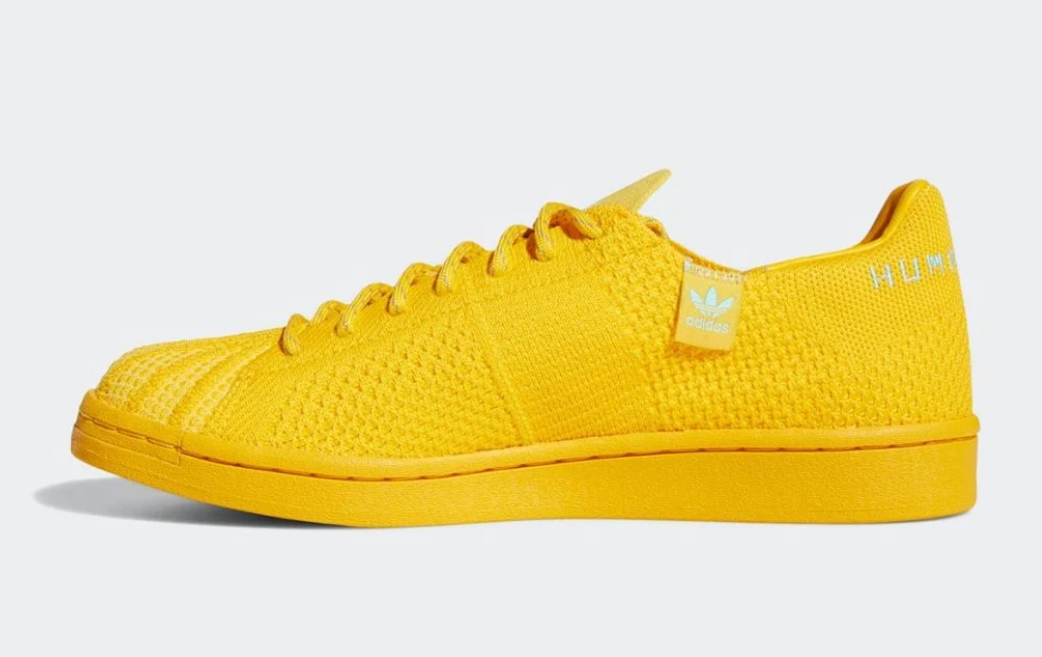 Pharrell has been eyeing on to grow his Adidas Hu lineup with many Hu releases lined up for this year. Before we get a shot at Extra Eye NMD pack Pharrell’s next efforts on his superstar primeknit have been revealed with five of an expected six tonal colorways on the way.

The Pharrell x Adidas Superstar Primeknit are to be released in yellow, purple, green, sail, and chocolate, with a sixth option yet to be revealed (likely to be pink or red). All the sneakers feature similar and minimalistic cosntruction which are more subtle than his previous Superstars released earlier this year. Branding at the heel and tongue arrive in white, mint, and yellow across the pairs, with outdoor-inspired laces and tonal sole units completing the design.

The release date is yet to be announced and all the sneakers are going to retail at $140.