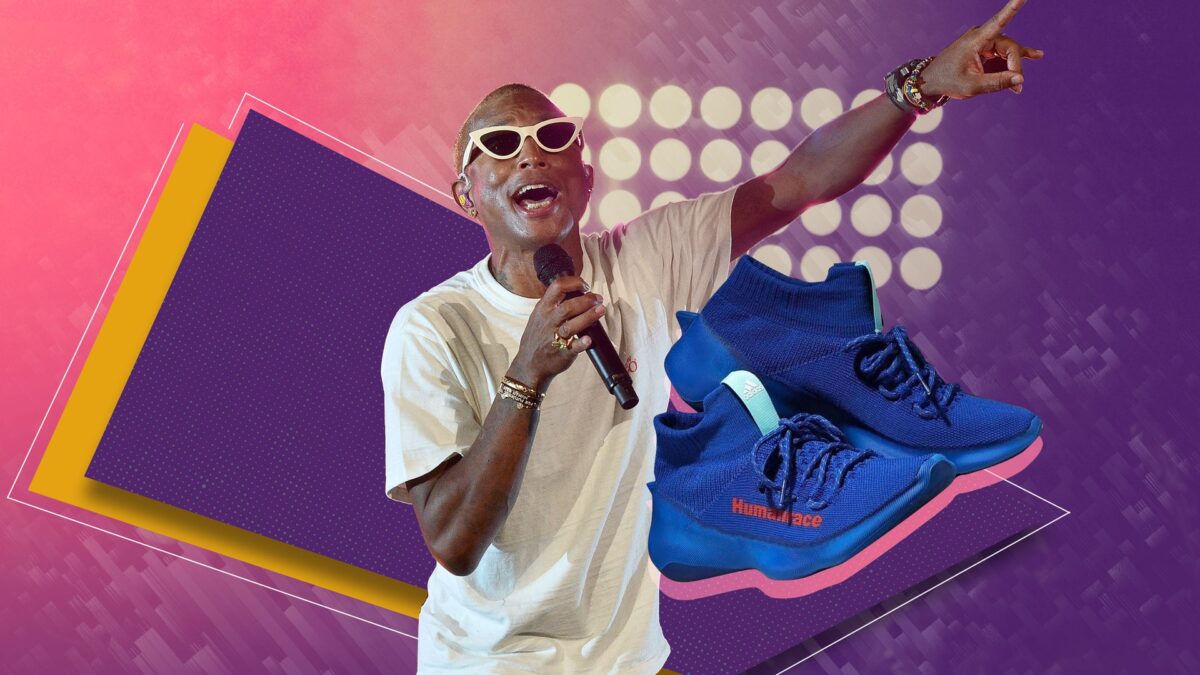 Pharrell Williams has partnered with adidas once again, with the unveiling of the new Humanrace Sičhona silhouette. An addition to the long list of pre-existing collabs between the rapper and the sportswear giant, the Humanrace Sičhona stands out in a lot of different aspects. The idea behind the sneaker was bare contact with the earth. It has been designed to give the wearer a feeling of staying grounded and connected to the earth, as if they were themselves walking on it bare feet. The pair has been forged in a way that makes it everyday wear, while also carrying the quintessence of pure elements.

Inspired by the wonders of the human foot, and the feeling of the ubiquitous human touch, the Humanrace Sičhona, along with the newly launched Humanrace brand, is much more than just a shoe, or a label. It is an experience, and it is a form of representation of under privileged and oppressed communities. It is a truly reimagined concept in the world of footwear, that encourages new and equal opportunities, while embracing where you come from.

Both the collection and the brand stem from this idea, urging the world to learn more about the Dakota land and its culture. The rapper is known for his relationship with the Dakota indigenous tribe, and the collection is a reflection of that. The name ‘Sičhona’ comes from the Dakota word for ‘Bare foot’, which carries the spirit of the ideology behind the collection. Pharrell has also successfully attempted to give a platform to the American indigenous community by featuring a team of only indigenous people for the campaign, including photographer Brian Adams, creative director Josué Rivas, and featuring a cast consisting wholly of members of the Dakota tribe, with the likes of Maize Two Bears, Jonna Brady, ToRiee Brady, Zaniyan Iron Eyes, Lance Bradley, George Bradley, Kylie Driver, and Trae Little Sky alongside his daughter Mia Grass Dancer and his son Tokala Little Sky.

The renowned rapper said about the collection, “I chased the experience I remember feeling as a kid when I walked barefoot on grass, sand and rocks. Feeling the texture, the temperature, the moisture… that primal sense of freedom was a north star objective with this project.” With this, the Humanrace Sičhona is made with the innovative technology of adidas’ Futurenatural, and merging it with TPU midsoles, to create a truly seamless and fluid look, making the wearer feel as if the shoe is an extension of their body. The pair also features direct-inject casting, which basically removes the components of a pair that feel ‘external’, making it feel natural and bringing a whole new level of comfort to the wearer. Finally, we see a classic outsole, monogrammed with Humanrace, along with Humanrace branding atop the lateral upper, the co-branded tongue-tabs and the sock-liners.

The Humanrace Sičhona is expected to launch on August 27th, in a Team Royal Blue colorway, with Easy Coral accents, and Clear Aqua details. The pair will retail at INR 12,999, and will be available on the adidas webstore.

In other news, check out our article about The 2021 JS Money Wings sneaker.