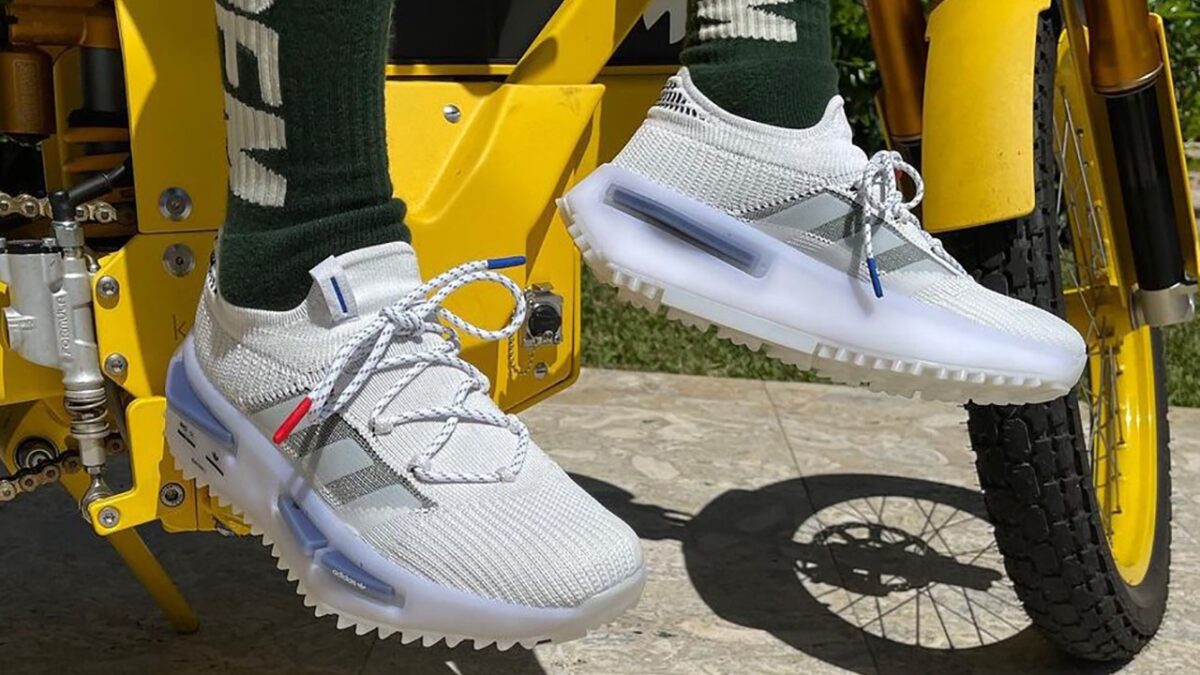 The adidas NMD line has been the main catalyst in the success story of the Three Stripes’ lifestyle footwear category, and they do not appear to be stagnant even with this number of various collaborations and sub-models on its shoulders. Pharrell, a very significant collaborator for the German sportswear brand, has just served us with the first look by taking to his IG handle ,which looks like the silhouette’s next chapter: the adidas NMD S1.

Remembering its predecessors, this latest iteration boasts a full knitted upper covered by synthetic overlays on the slightly see-through quarter panels that also does the branding role. The throat features more seamless construction as the overlays are tossed out and held together by flecked shoe strings. The major updates are visible downstairs. From drifting against the exposed BOOST cushioning, the adidas design team choses to approach a futuristic look for the midsole that boasts blocks in the forefoot and heels that slightly lip out and give the shoes a slightly dimensional build. The forefoot piece is ornamented with Trefoil branding which is spelled out throughout while more branding is printed towards the lateral heel. Underneath, the outsole is extended to form toothy edges that run from the front to the back.

Grab an on-foot glimpse of this impending white and gray kicks below. Though no official dates has been released but speculations are made for adidas to likely drop these in the upcoming months.