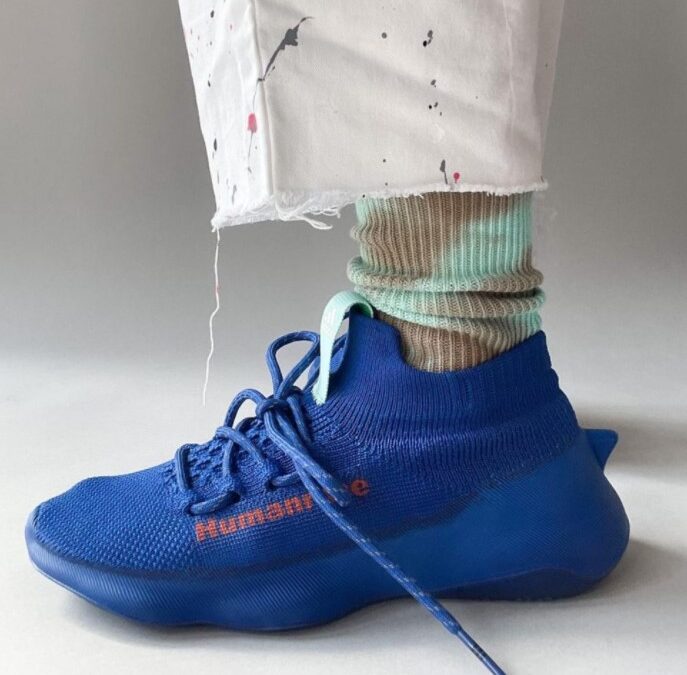 It has definitely been a while since we got any new Pharrell x adidas releases, but the wait now ends, with the announcement of the rapper’s new adidas Human race Sichona.

Earlier this year, the pair was first revealed by the likes of Lil Uzi Vert, and Pharrell Williams himself. Soon after its revelation, it was compared to the YEEZY 380 silhouette in terms of shape, because of its familiar chunky soles and woven upper design. Elements such as the over-stacked heel and the mid-rise on the Primeknit unit, are shared by both. Despite these seemingly new features, the former skateboarder remains true to his signature design. His Solar Hu is aligned closely with the upper, and four different sections are seen, all featuring alternate weaving.

The upper again effortlessly merges with the midsole, in a seamless blend. The minimalist branding on the pair truly pulls it together, and the only branding that is visible is the adidas logo on the pull of the tongue and the lateral Humanrace text.

The main debut colorway of the Pharrell x adidas Humanrace Sichona is anticipated to be the all-blue rendition, a preview of which has been provided by @wideawakearthquake via Instagram. A release date has not yet been confirmed for the pair.