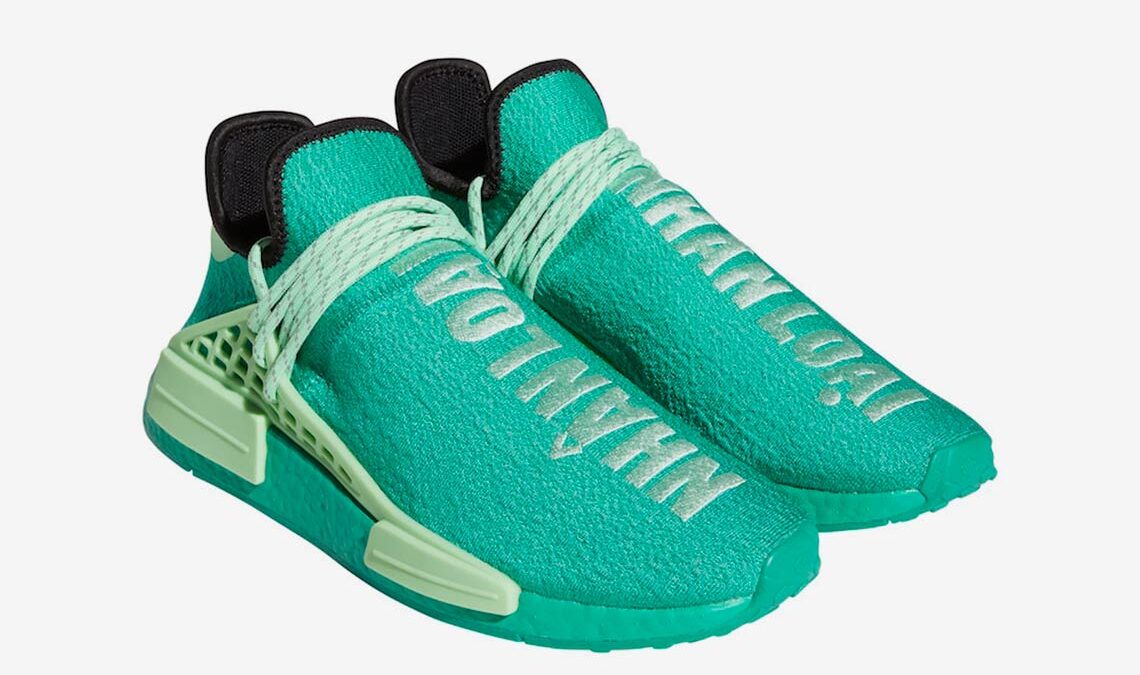 Pharrell has been bringing a lot of positivity into the rather depressing year with his colorful variations of the NMD Hu. Moving towards the end of the year, the pair will now be arriving in an exclusive Green colorway at ComplexLand.

Scheduled from the 7th to 11th of December, earlier held in humongous venues is now shifting to the online mode with no loss in sneakers and apparel. At the event adidas will release previously unreleased offerings alongside the pairs to be won by way of raffle. To participate, attendees must download the CONFIRMED App and keep a lookout for the crates during the brand showcase; post the initial sign-up on December 8th at 10am ET, a few lucky winners will be notified later at around 12:30pm ET on the last day of the event.

The shoe is pretty much similar to its siblings released in short intervals throughout the year. The upper is crafted in Primeknit in a green tone with the cages and laces in a contrasting shade with neon detailing. Boost sole is tinted to match the uppers with a black sockliner and light treads the Vietnamese embroidery.

Grab a detailed look at the pair over here and if you wish to cop it don’t forget install the CONFIRMED App by ComplexLand’s start on the 7th of December.

The Nike Dunk Low “Hyper Cobalt” Is Arriving In 2021