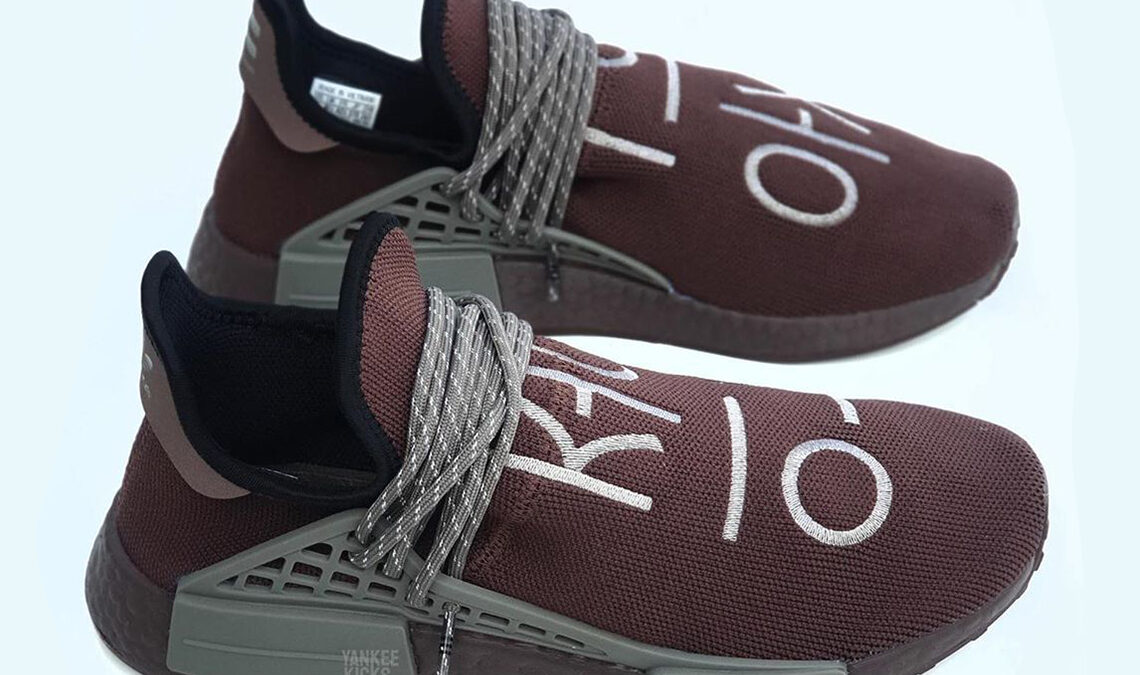 Throughout Pharrell‘s relationship with Adidas, the artist has released a large number of kicks. And while he’s started experimenting with new shapes, the public still wants to see further silhouettes of his NMD Hu which is full of interesting embroidery.

Thankfully, the brand has kept their ears to the ground as they dose out more than a bunch of hues complete with the original BOOST sole. This pair, which is shaded primarily in brown both at its bottom and upper, applies yet another topsy turvy addition: Korean lettering. Typically drawn atop with Japanese, the forefoot is now slowly going out from its norm, doing so with bright white text that roughly says the word “Nationality.” Elsewhere, along with the earth-toned shell, the construction alters with subtler hits of a faded olive green that touches up the side cages, tooling molds, and laces.