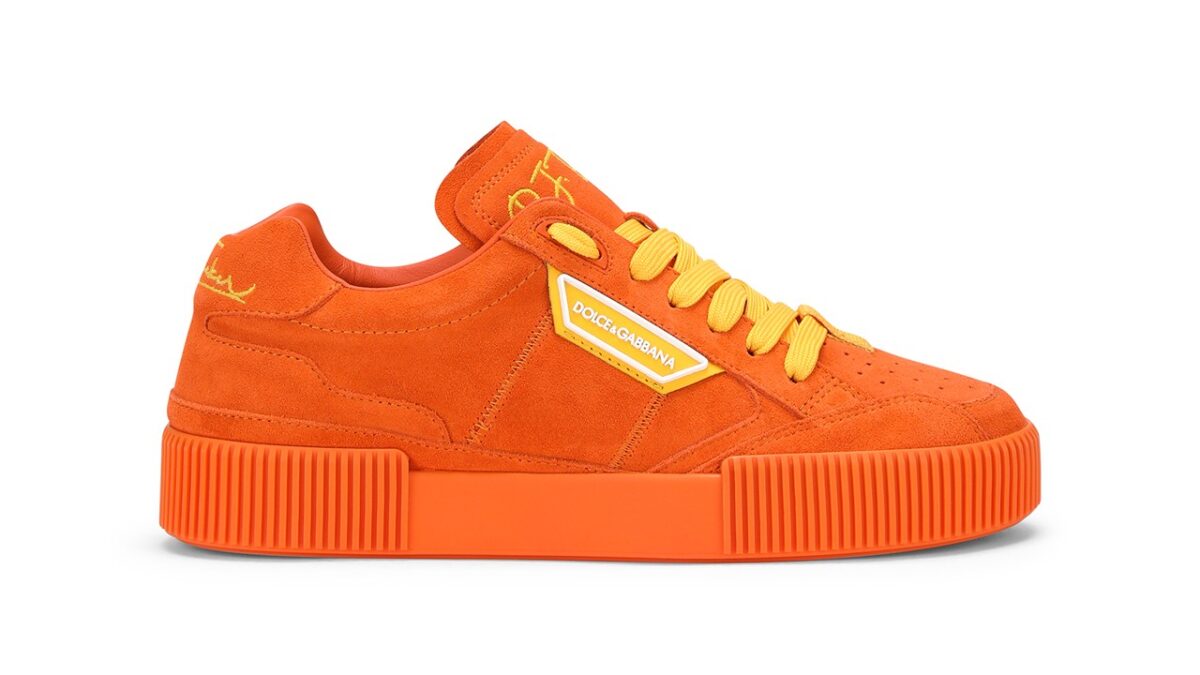 Ain’t nobody a sneakerhead like that of PJ Tucker, when measured in terms of pure volume and overall rarity. He is experienced in the sneaker collaboration arena as he released a special Kobe 5 Protro PE with Nike in 2020, but now he set his foot in the luxury footwear space for a two-piece Miami capsule with Dolce & Gabbana.

The scrappy Milwaukee Bucks small forward along with Italian luxury fashion house have put forward two renditions of the lifestyle model, one of which is a bold “Sicilian Orange” colorway. The upper halves are entirely constructed in a premium suede , dubbed in its nominal tone. Bright yellow pops up on the laces, the Dolce and Gabbana banner on the mid-foot and Tucker’s signature on the tongues and heels. The semi-chunky midsoles which remind one of Rihanna’s PUMA Creepers — are also dubbed in orange and arrive in ribbed textures at the heels and forefoot and a smooth block in the middle.

The second version in this capsule, gravitates more towards the neutral side of the color wheel. Majority suede uppers are toned in a dusty brown hue at the mid-foot while various shades of beige overlays sit adjacent. Tucker’s signatures also land in the same spots but come stitched in white. Down below, the sole units keep the tonal motif going by also getting outfitted in beige.

“Domenico Dolce and Stefano Gabbana have always shown me nothing but love”, says PJ Tucker. “Their support of me and their trust in me throughout this process has been incredible. Collaborating on the design of this sneaker has been amazing and I hope everyone enjoys it as much as I do.”

There are 100 pairs signed by P. J. Tucker paired to an exclusive NFT which now one can avail on the Dolce and Gabbana site.