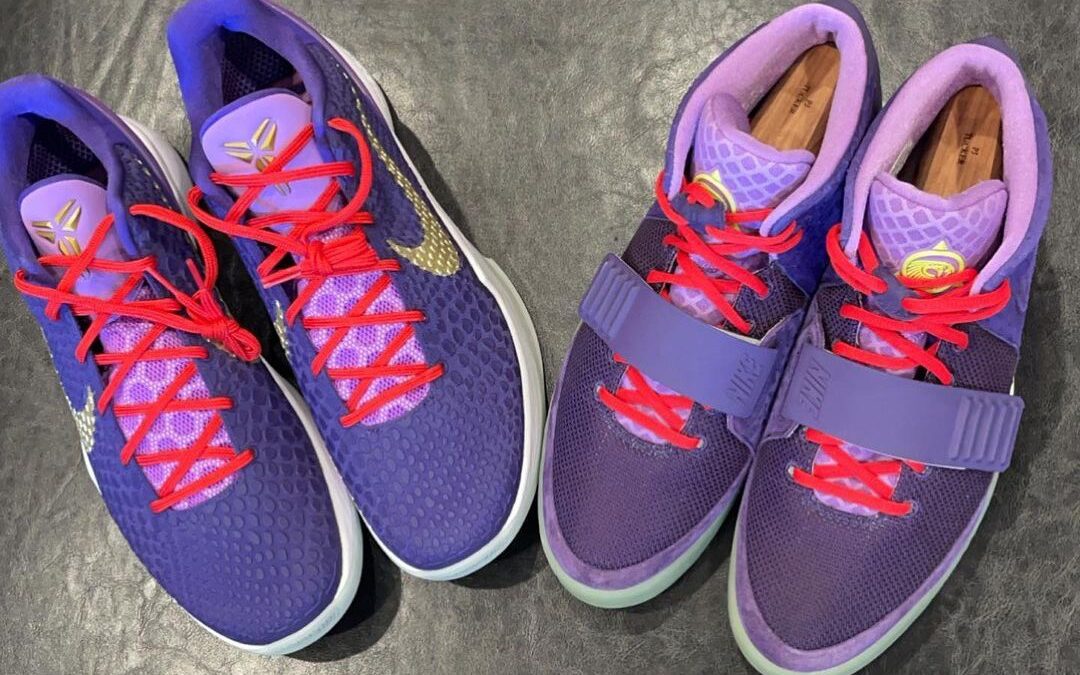 Houston Rocket’s PJ Tucker revealed his newest Nike PE: a Kobe 6 Proto “Cheetah” whose colorway is inspired from an unreleased Air Yeezy 2 back in 2012 during Kanye’s association with Nike – that itself resembled Kobe Bryant’s Kobe 7 “Cheetah” – Tucker’s latest PE is a follow up to his vibrant Kobe 5 Proto from 2020 and portrays his love for exclusive and fancy sneakers.

The inspired PE was first spotted on Tucker’s Instagram handle and shows the sneaker king’s love for vibrancy. The upper is painted in rich purple with a snake-like texture and a lighter periwinkle on the throat and heel clips. The tongue and the midfoot swoosh are accented with metallic gold while the red laces conclude the detailing on the uppers. All of which rests on a soft, modernized foam of a sole with the comfort of a Air Zoom Turbo bag on the forefoot. The midsoles arrive in a cream tone and a streamlined traction pattern is also present for updated performance.

In most cases PEs arrive customized for the players and don’t see a market release. However, Tucker’s PE did make it to the market and was released at select retailers. So an assumption for this particular PE could also be made as well, although no confirmation from Nike basketball as of yet. Going by the caption on the Instagram post, Tucker stated that all of his PEs this year will be inspired by West’s Nike sneakers, an indication that more homage colorways are enroute.

Towards a healthy state of mind