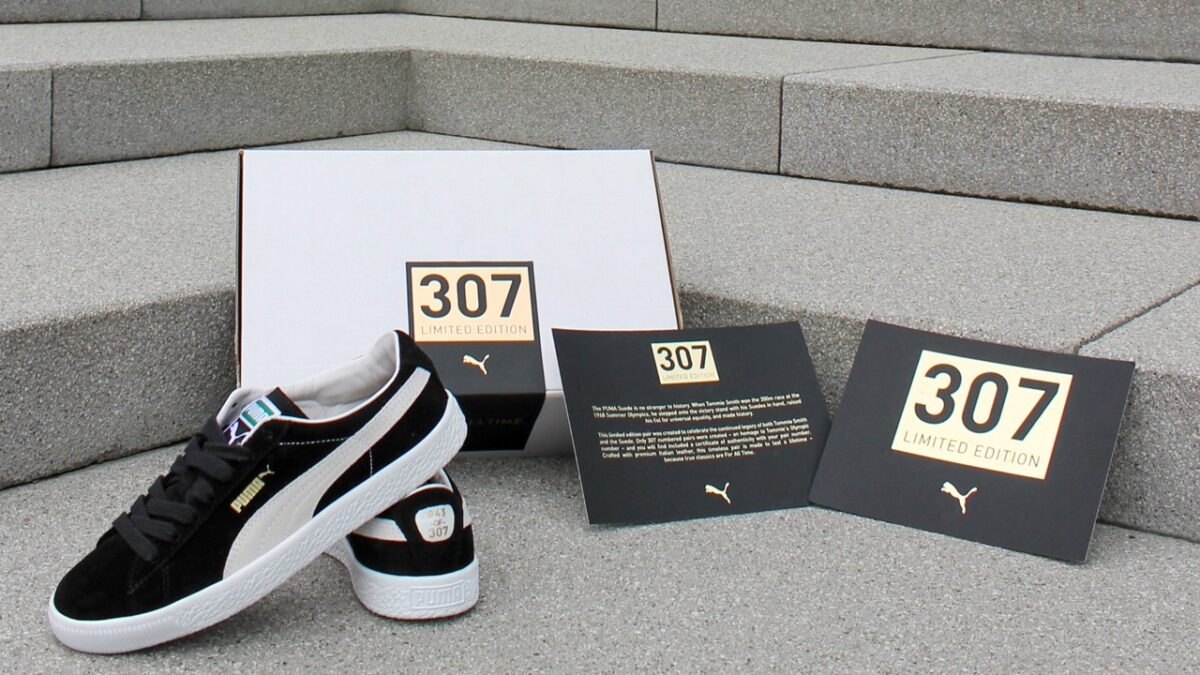 One of the most iconic moment in the history of Olympic Games is when Tommie Smith raised a gloved fist towards the sky after breaking the 200-meter sprint record and winning a gold medal at the 1968 Olympic Games. At that moment Smith had PUMA suede on foot and later in his hands, an iconic silhouette which is now to be given as a tribute to the sprinter.

Puma and Smith share over 50 years of working together and now the brand has created an ultra limited take on suede to celebrate his legacy. The pair is limited to 307 pairs in the world and is a salute to Smiths’s Olympic jersey number. The ultra premium sneakers has OG black/white color scheme and is crafted from luxurious leathers and suedes. Each shoe is individually numbered at the heel in gold and the classic leaping cat logo is also done in the same way. Each pair comes packaged with a certificate of authenticity that’s signed by Smith himself.

All 307 pairs were seeded to a select group of PUMA athletes and family members, and will not see a retail release.

The Air Jordan 1 Gets Upgraded With Gore-Tex