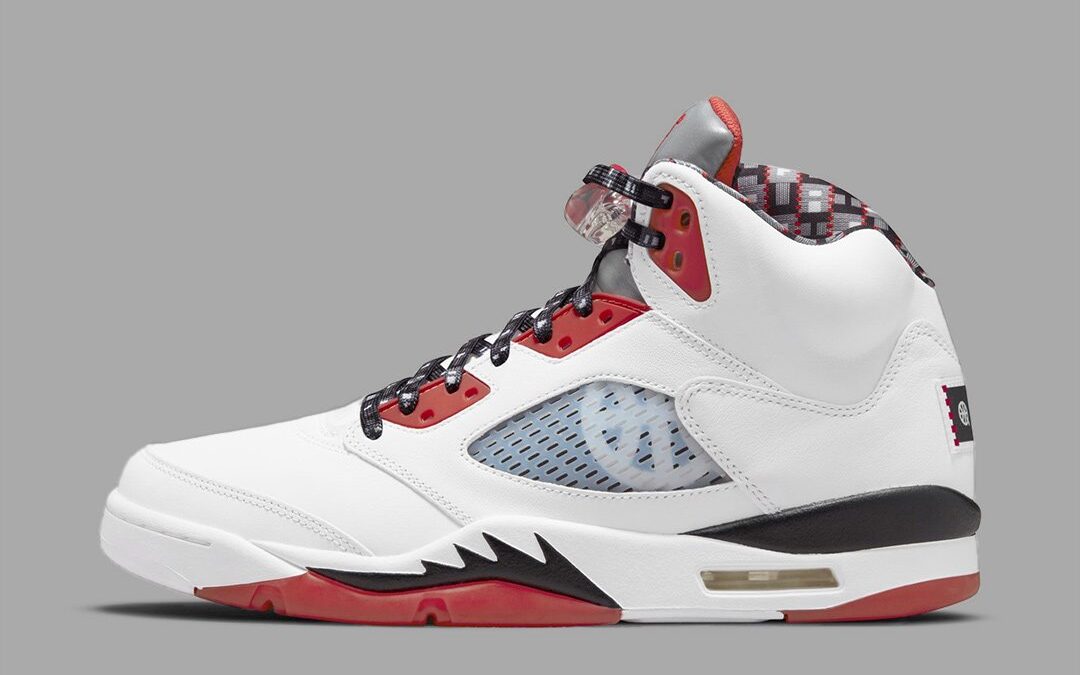 In the past (2011) we were served with White/Neon Green Quai 54 Jordan V, and this time the upper is dubbed in a smooth White leather, with Red eyelets. The Quai 54 derives its inspiration from African and Parisian roots, which is portrayed in a Kente Cloth print in the liner, insole, and laces. Underneath the clear quarter netting is the Quai 54 logo which reoccurs on the heel. The Black and Red accents spotted on the midsole and outsole with the reflective Silver tongue, resemble some of the OG Jordan Vs.

The Air Jordan V “Quai 54” is set to drop later this month.