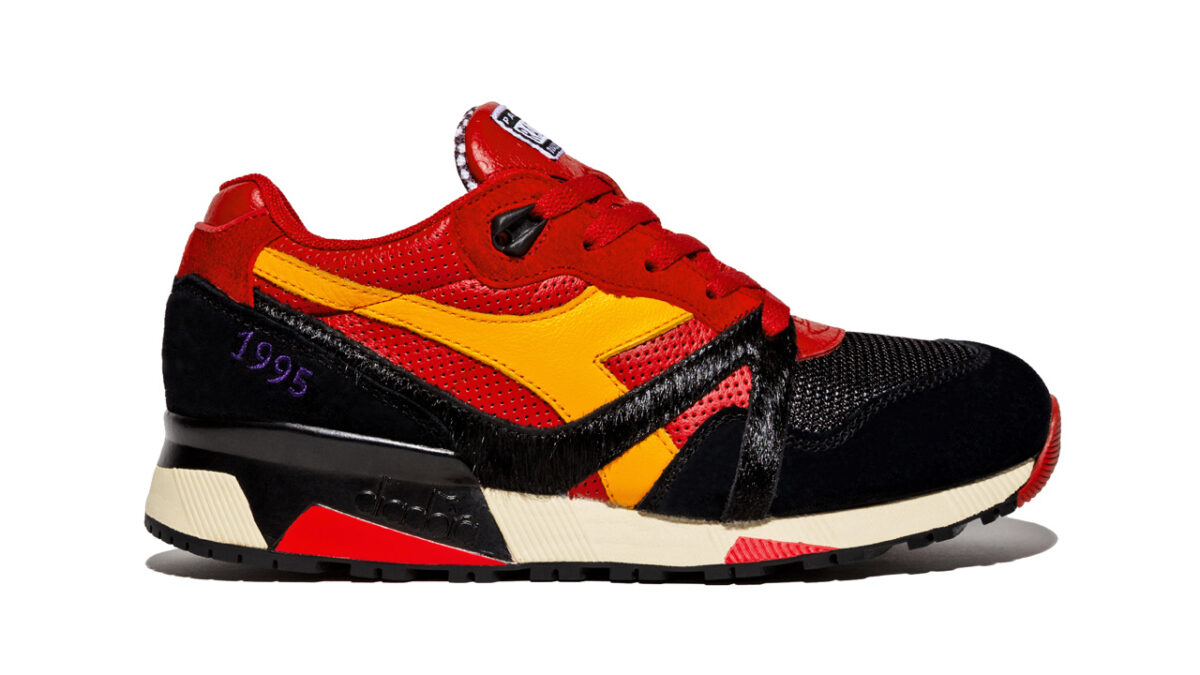 Raekwon, Packer and Diadora Team Up For N.9000 “Only Built 4 Cuban Linx”

Celebrating the 25th anniversary of Only Built 4 Cuban Linx and the 30th anniversary of the N.9000’s retail debut, Raekwon, Packer, and Diadora have teamed up again for a special N.9000. This new colorway pulls its inspiration from OB4CL‘s memorable cover, an apt follow-up to 2015’s N.9000 “Purple Tape”.

Although this 2020 version is not an exact reproduction of the above-mentioned sample, it’s quite close. Uppers start with a black suede mudguard, surrounding a black mesh toebox. From the midsole, a black pony hair overlay rises up, peaks at the bottom eyelet, and comes crashing back down before heading back across the red perforated leather quarter. The N.9000’s signature midfoot strike has the touch of smooth yellow leather and sits below red suede eye stays.

The throats are fashioned from red mesh, with tongues taking on red ostrich leather and a co-branded tongue tag, prepared in black and white to look like a “Parental Advisory” sticker. Heels add up more red suede and leather into the mix and are completed by a black suede overlay with purple “1995” embroidery. Midsoles are adorned by sail, black and red, with purple insoles featuring graphics that nod to Only Built 4 Cuban Linx‘s two sides, purple color, and tracklist. At last, a semi-translucent plastic case offers a final touch of detail.