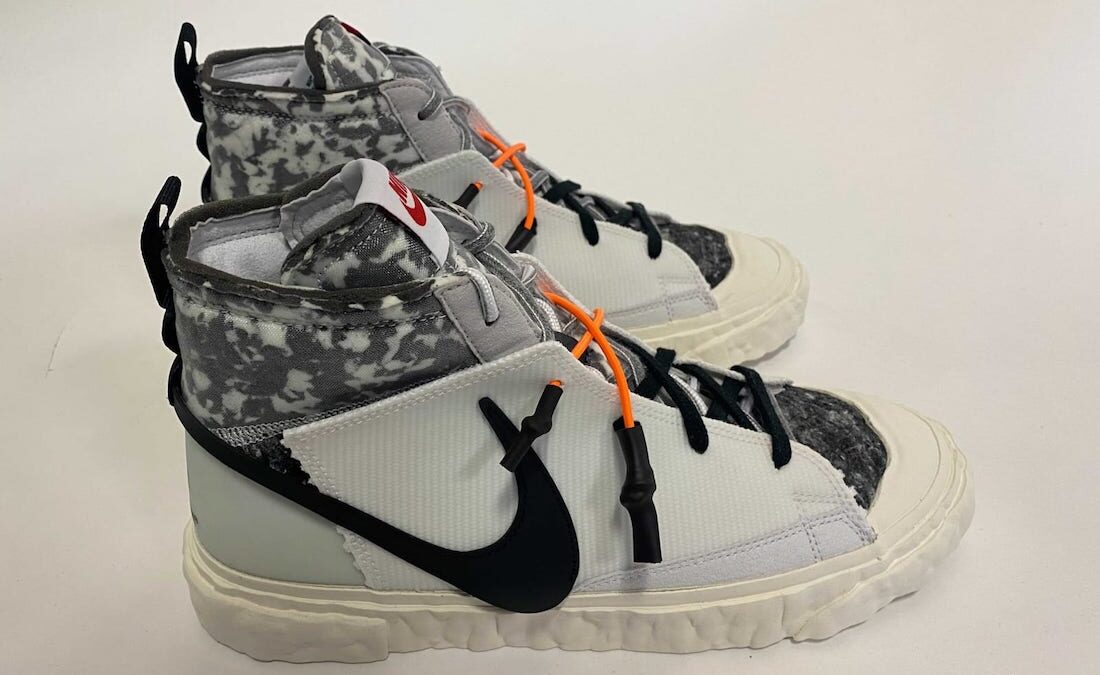 Yuta Hosokawa, designer and founder of the Japanese clothing label READYMADE, has joined forces with Nike to issue a new iteration of the Nike Blazer Mid.

The shoe is covered in shades of Black, Vast Grey, Volt and Total orange tones. The swoosh is altered and arrives morphed, a particular attention seeking detail. Camouflage pattern on the collar and tongues atop a bubbly midsole and toe cap. Concluding the shoe are the two-tone laces and co-branded heels. A “white” colorway was also recently disclosed by Complex and will be released alongside the black pair.

The pair will be arriving come 27th of February at select retailers and Nike.com for a price of $160 USD.