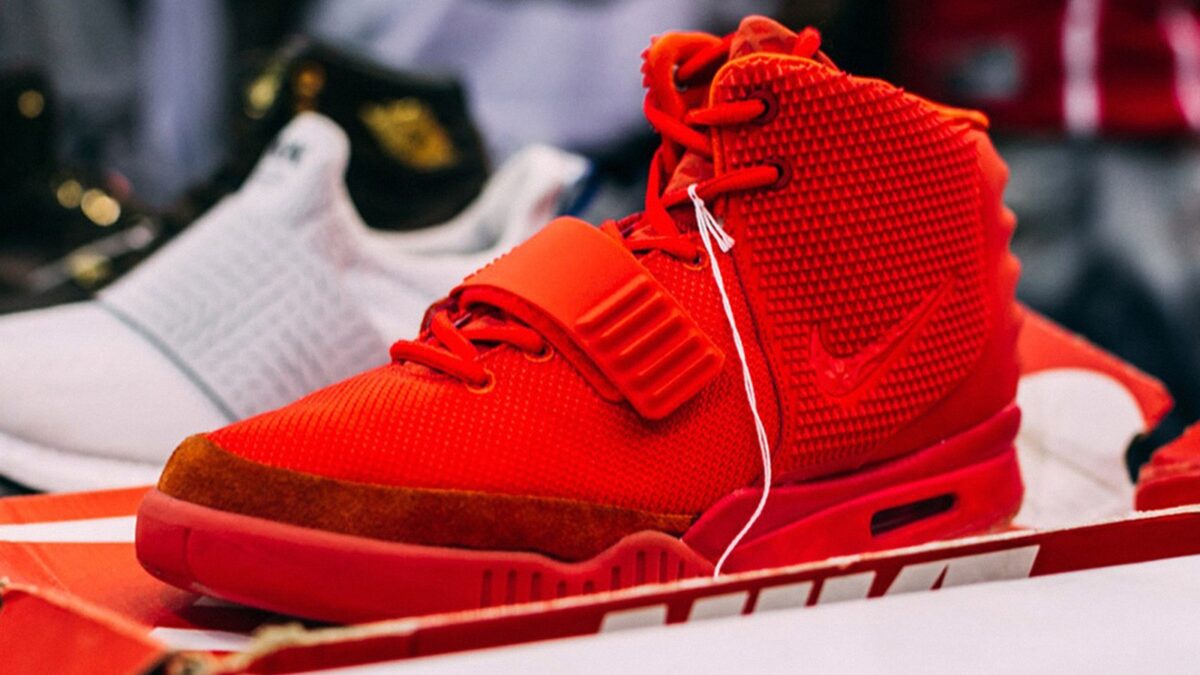 One of the most coveted sneakers ever of Kanye West is making an unexpected return this evening. Limited quantities of the Nike Air Yeezy 2 “Red October” from 2014, will be sold at 11 EST via the Goat app at their original retail price of $245. The sneakers would be available in the Black Friday tab in the app.

The “Red October” Yeezys caught everyone off guard when they first dropped in 2014, as it was a surprise release and arrived on a random Sunday in February of that year. They came well after the Yeezy 2’s original run, which added to their mystique. Also being available directly via Nike’s website only, spread the enigma. Predictably, the sneakers sold out immediately when Nike announced their release on that Sunday in 2014.

They have never released again and likely never will. The shoes sell for wild prices on the secondary market, with unworn “Red October” Yeezy prices hovering around $8,000.

This is probably the craziest sale ever to hit this year and not only the Red Octobers but the platform is offering a huge number of rare and sold out sneakers at prices at or below retail. So make sure to hit the GOAT website to grab this once in a lifetime opportunity.

The Brand Names You Should Know How to Pronounce