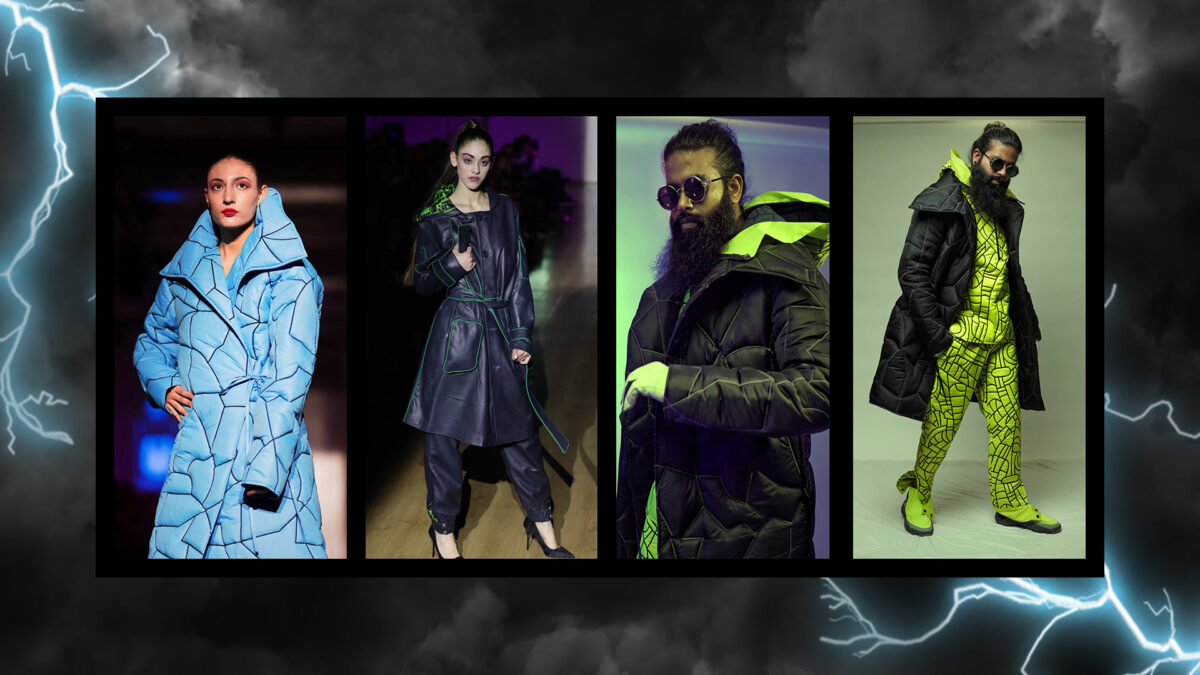 ‘The Natty Garb has been in the fashion scene for a couple of years now, during which their style has evolved a lot. One major focus of the brand that is pretty evident is ‘Aesthetics’. Their entire brand revolves around an aesthetic vibe that captures their ideals to Ideate, Experiment, Fuse and to dress Infinitely.

If we take a look at their recent fashion lines, a futuristic and modern aesthetic is prevalent. The entire vibe is classy while the attire itself is innovative and striking.

Seen above is a fit from their AW1920 collection that really pops. The neon green is complemented and contrasted by the black coat. All three layers have a geometrical pattern embroidered onto them; a small detail that makes all the difference. This attention to close details is what makes the outfit special.

Their modern vibe is not limited to coats or suits too, as they have experimented with kurtas that are a part of traditional attire but have made them look so classy that it has become a much sought after fit.

One of their Kurtas was featured in GQ as Shahid Kapoor rocked it with utmost elegance. One thing that you must notice is that it no longer looks like a traditional dress that you wear on special occasions but it has transformed with a modern twist.

Further, they have a similar line of attire that has been worn by many other celebrities as it redefines our perspective on the traditional outfit.

Karan Takker was spotted wearing a jacket by Natty Garb that looks so attractive because of the color choices and small details of the outfit.

The look and feel of the entire brand define a modern perspective as we have seen with the teasers for the upcoming season. Let’s see what they have in the bag as they are teasing a ‘Dreams of Venus’ campaign that will supposedly drop in the near future.