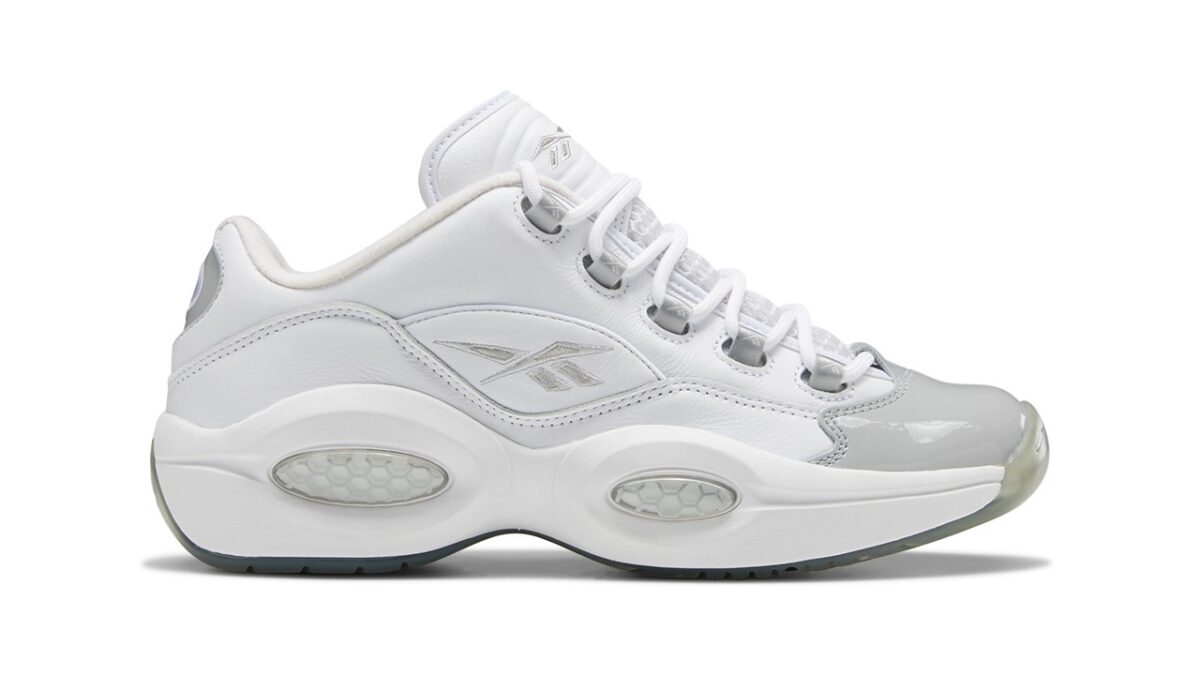 The Reebok Question Low was revived in the market recently via its retro launch of the ” Green Toe ” colorway, and now it’s said to retro an extra clean colorway from 1999: the “Grey Toe”. The dual toned iteration saw an early release via Packer and Full Court Press , but now the vector brand has made official announcements for its wider release.

Making a comeback after 22 years, this straightforward installment retains its OG color schemes but with minor changes in its upper build. Ditching the original shaggy suedes for its toe cap, the designers at Reebok reincarnated these sneakers with a patent leather material. Accents of gray are distributed along the lace loops, embroidered Reebok logos situated on the mid-foot and tongues, as well as the glossy heel panels. Elsewhere on these low-slung basketball-turned-lifestyle kicks, the leather lateral and medial walls, as well as the mesh tongues are done up in a crisp clean white. More gray pops on the backgrounds of the lower heel’s customary “3” embellishment , which is to reference to Allen Iverson‘s jersey number — the hexagon paneling on the midsoles and the treading.

The Reebok Question Low “Grey Toe” is scheduled to drop on on June 10 via Reebok and other retailers for $120 USD.

First Look at the Aleali May x Air Jordan 14 Low

Off-White Doubles Down on Quotations, Files Trademark Application for “For Walking”