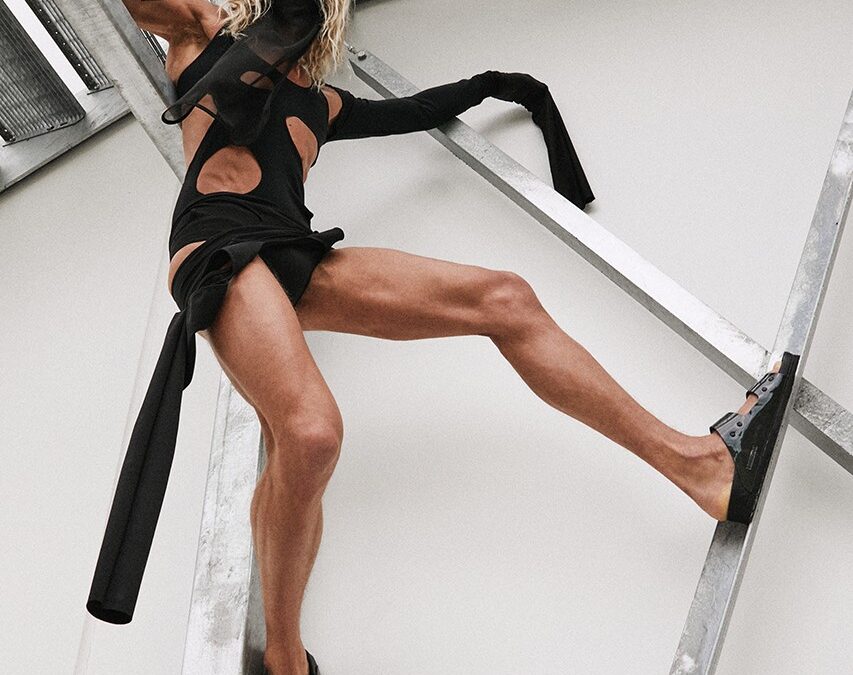 After a series of collaboration with VEJA and Dr. Martens, Rick Owens has now reunited with Birkenstock for his Spring/Summer 2021 collection . This counts the designer’s third partnership with the German footwear label, and sees him rework three of Birkenstock’s best-loved silhouettes.

Both the Birkenstock Arizona and Boston carry extended straps and black metal rivets and hardware, that share a resemblance to a version of the Rotterdam silhouette. The three of them appear in black leather , in addition to which Owens has created extra takes on the Arizona and Boston that are wrapped in an iridescent foiled leather.

During the release of the collaboration, Rick Owens , expressed his pride towards Birkenstock for standing for “modesty, health and consistency.” The designer also stated the importance of the black colorways and detailing, saying, “In addition to our signature extended straps, I wanted everything in black — black leather, black patent leather and all-black hardware. In a busy, chaotic and garish world, black provides a clean and crisp graphic formality to my eyes.”

The work of filmmakers Fritz Lang and Cecil B. DeMille had immense influence on the collection . “I think everything I have ever learned was from Fritz Lang and Cecil B. DeMille,” Owens continued. “Black and white imagery seen through a vintage film texture patina, stories of vice versus morality and the glamour of the period in which they were filmed. I always imagined those apostles dragging their robes through dusty temples wearing Birkenstock sandals…”

Rick Owens’ third collaboration with Birkenstock is scheduled to release on June 4, and will be open to shop on Rick Owens web store, the Birkenstock 1774 web store and select stockists including HBX.