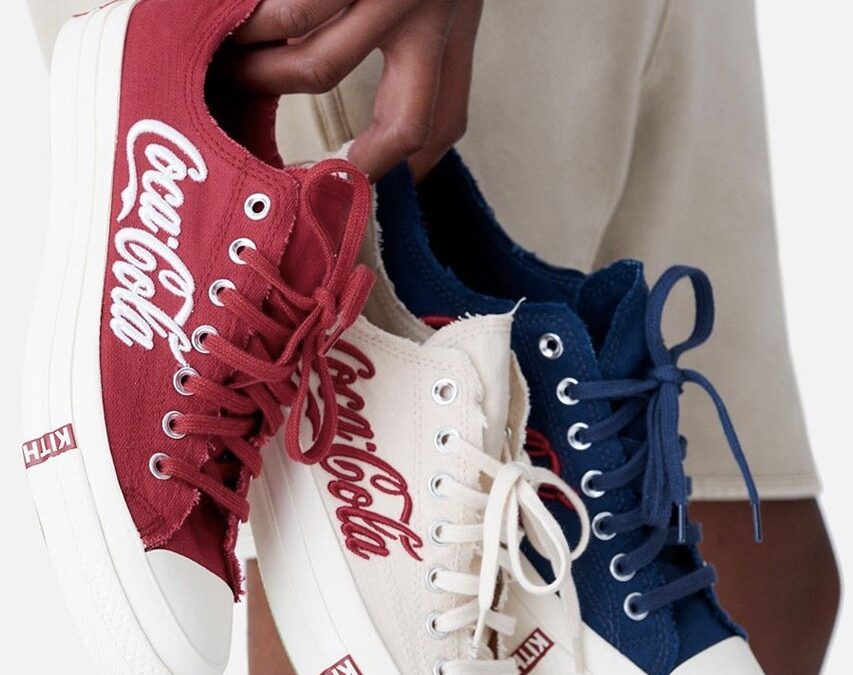 Ronnie Fieg after teasing a collab between Kith and Coca Cola of the Billboard poster has caught much attention lately. We all know the hype and the success of the previous Coca Cola collabs and this one too for sure is gonna be a hit. Ronnie has teased the latest threeway collaboration between KITH, Coca-Cola and Converse on his Instagram, showcasing three colorways of a reworked Converse Chuck 70 Low.

For the latest collab KITH has taken on to release three colorways of Chuck Lows : cream, red, and navy. All the three pairs sport the Coca-Cola branding embroidered in red on lateral side with KITH’s signature branding on a red segment of ecru sole unit. The pairs also feature a light green semi-translucent outsole that pays homage to glass Coca-Cola bottles. Accompanying the collection is a cross country hoodie vintage hoodie, a couple of bucket hats, and even toys such as a branded-up die-cast transporter truck and a co-branded 1975 GMC Sierra Grande.

Take an Official Look at the Air Jordan 4 “White Oreo”