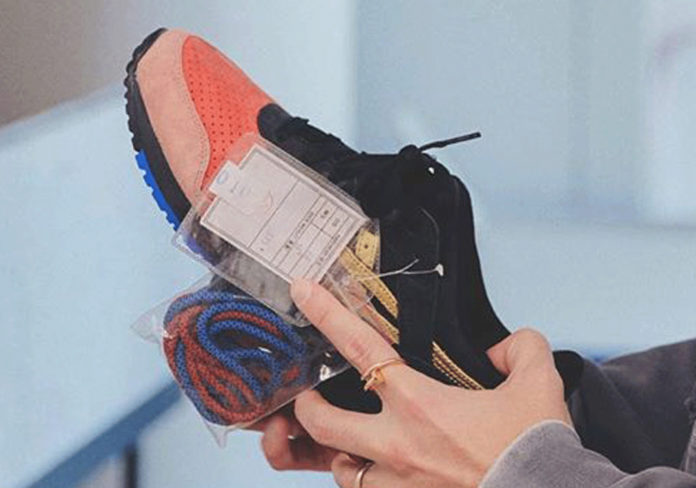 Yes, it’s none other than the Gel-Lyte III which appeared in the post. Fieg wrote “252.1” in his caption which was actually a nod to 252 pack with 3 bright colorways which was released 13 years back at New York’s David Z. Both unfortunately and purposely only a portion of the side profile of the shoe has been revealed but enough to realize that the design, material and colorway has been slightly tweaked.

In contrast to the neoprene fabric on the original model, this shoe sports suede on the toe box. Slightly faded black uppers, contrasting gold stripes and thin blue outsole are the few features that are visible in the post.

Scroll to see the teaser of the “252.1” as posted by Ronnie Fieg on Instagram.

Gucci GG drops the Supreme Sandals in a Brown colorway

Dior Invites You in With Detailed Imagery of Winter 2021 Sneakers, Bags and Apparel