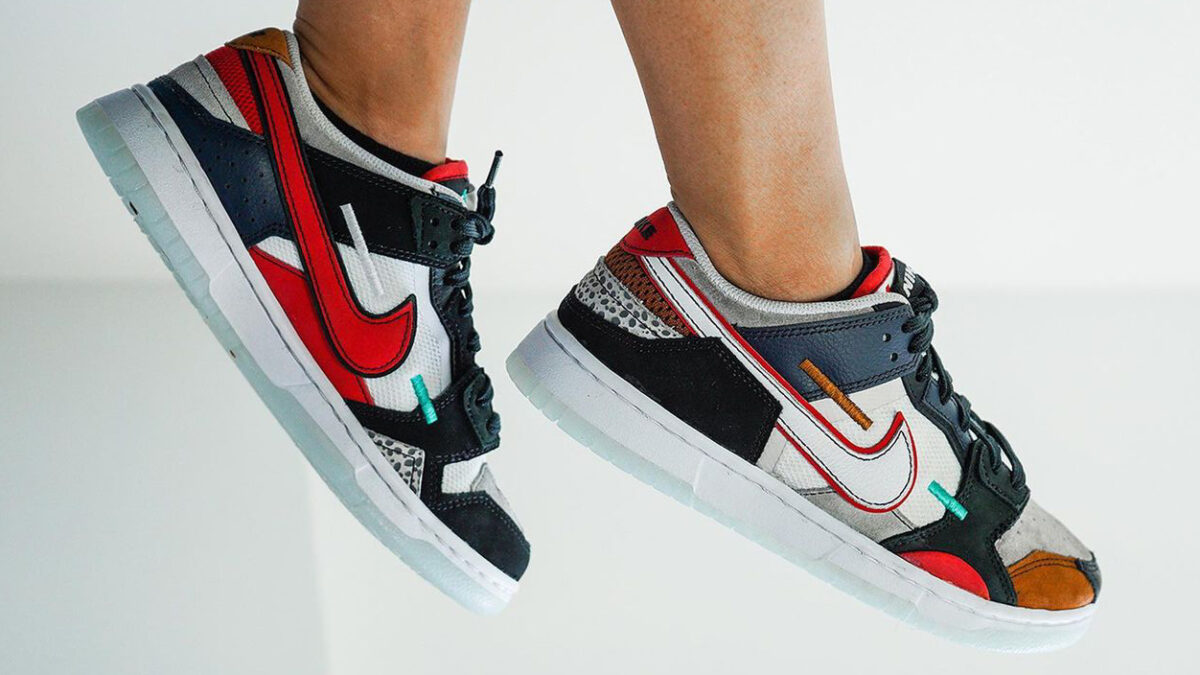 The new Dunk Low by Nike can be described with a lot of words, but sober is definitely not one of them. The pair which was first leaked earlier this year is an extraordinary collection of textures, tones, and materials. A new colorway has now emerged, keeping up the essence of the ’Scrap’ with safari print, navy blue hits, and much more.

The sneaker can essentially be called a layered collage in footwear form. The key detail of this Dunk Low with a seemingly ‘scrap’ aesthetic is the brown and gray safari print on its heels and lateral forefoot overlays. Gestated by Tinker Hatfield after a visit to a high-end furniture store back in the ’80s, safari print has long stood at the intersection of sport and luxury — and it maintains the same notion here.

Apart from the safari print, there’s everything, ranging from navy leather to white mesh and black suede. Pops of the bright red hue on the heel, forefoot, and midfoot elevate the shoe by adding some extra vibrance into the build, while brown suede makes sure elegance has its place in the overall look of the shoe as well. There are bars embroidered in a random pattern, spread across the upper and done up in brown and aqua blue. White Swooshes rimmed with red trim, white midsoles, and icy blue outsoles complete the look, adding substance to the whole ‘Scrap’ look.

As for now, a release date for this Nike Dunk Low Scrap has yet to be announced. However, more info is likely to surface soon.

What Will Happen to Alexander Wang?