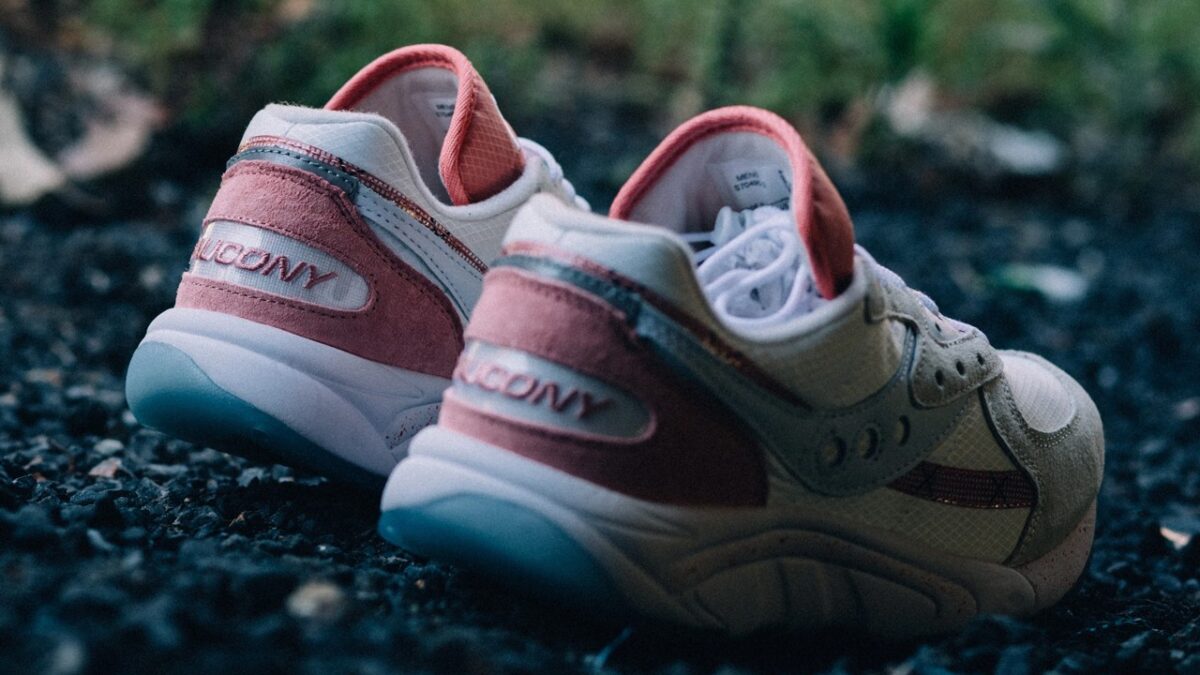 The American manufacturer Saucony is known for their “appetite” for sneakers which are food themed. A few of the sneakers we have seen from them in recent times are the Shadow 6000 “Saucomole”, Sneaker Politics Shadow 6000, “Café Du Monde”, and the Jazz “Carolina Mustard”. Fans are now excited to hear about the launch of a new pack, the Aya “Peaches and Cream” pack.

Some of the parts might seem familiar, and that is because Saucony has borrowed shades and accents from the sweet Southern desert. The pairs upper is formed with soft nylon, which is overlaid with suede and leathers. There is a lot of cream, sail, and light-tan colours too, with an almost pastel-ish pink as the accent colour. Tan is used on the tongues, heels, and throats, with a stripe which runs from the midfoot to the heel. Both pairs also boast contrasting speckles on the midsoles, pink for the “cream” colourway, and blue on the “peaches” colourway.

Saucony really capitalized this year, starting off with collaborations with Raised By Wolves, for the Aya, and a collaboration with Bodega, for the Grid Azura 2000. The pack is available on the Saucony Webstore, and at Sneaker Politics, for $90.

Chinatown teams up with Mike Tyson for a Two-Part Collaboration

The Nike Dunk Low “Hyper Cobalt” Is Arriving In 2021