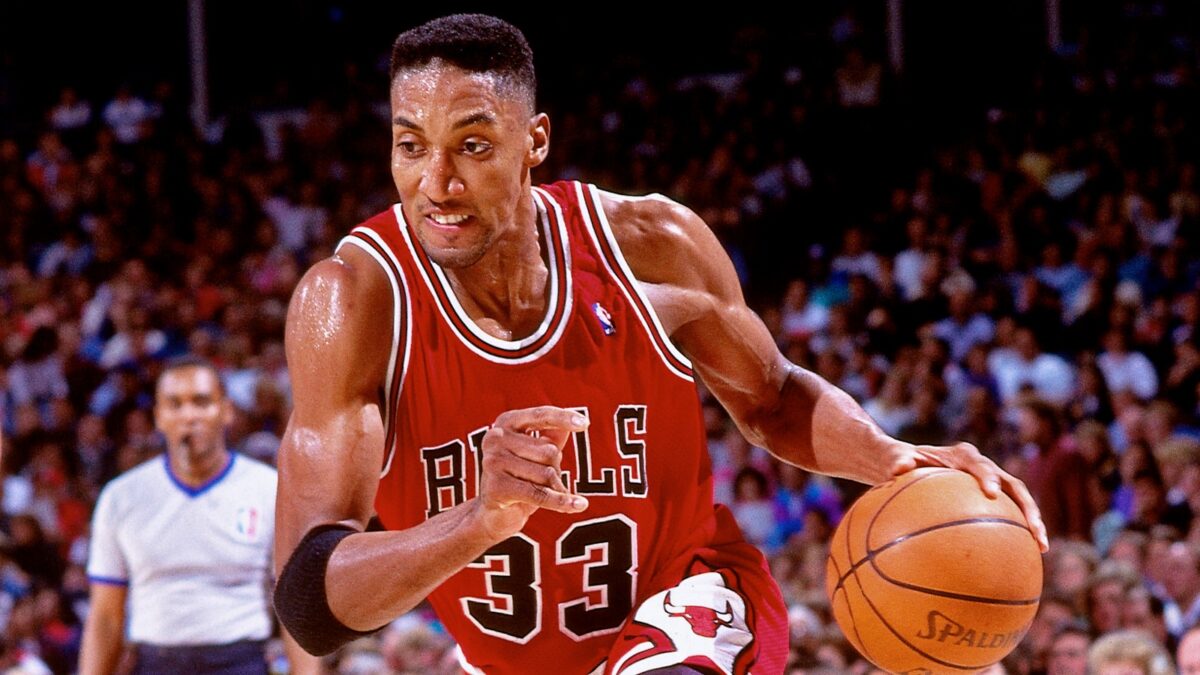 Scottie Pippen was an excellent player in his own terms and had a great role in Michael Jordan becoming the superstar he is. Pippen’s role had been shown in the first two episodes of ESPN’s documentary The Last Dance.

Pippen was given limelight when The Last Dance aired in April 19. The episodes gave brief of Scottie Pippen’s life both on and off the court. Pippen’s contribution in 90’s Chicago Bulls and their championship runs can not be ignored. People in the basketball world think Pippen had a great role in Michael Jordan achieving the GOAT status. Pippen is even described as ‘the second best star of all time’.

Pippen had an amazing rotation to his sneakers during his era . He wore some incredible Nike sneakers and here we have rounded Pippen’s best sneakers on court.

Scottie Pippen got his first signature shoes back in 1996 for 96/97 season. The shoe had full lenght air midsole but the shoe which Pippen wore on court had Zoom outsole instead of the Air one. Zoom cushioning was preferred by Pippen that time.These shoes were released in 2015 again for $165.

The second iteration of Pippen’s signature shoe was designed by Aaron Cooper and featured zoom air. The design of the shoe had a bulky shape and wavy number 33 graphic along medial sides. The shoe had a Red wavy line going around the shoe which represented Bull’s team colors. The shoe goes for $450 at present.

Pippen wore the Air Swift during 94′ season and wrote “4PEAT” along side of the shoe during the playoffs when Bulls were hunting for their fourth straight NBA title. That didn’t happen but Pippen surely had eyes stare at his Air Swift’s back then.

In the era of 90’s Pippen rocked many number of sneakers one of them being Air Flight Huarache. This shoe was based on Huarache running system. This debuted in 1991 and could be adjusted for perforamance needs. Huarache sneakers are still in production and stands out in its own way. The shoe goes for a resale price of $220.

This is one of the best sneakers in the lineup for sure. This sneaker had crazy details and the large AIR text over the shoe made it look amazing. The shoe is sold till present date and even had a Supreme collaboration. Pippen wore them at the Bulls’ legendary 72-10 season, as well as during the 1996 Olympics.The shoe goes for $300-$600 resale.