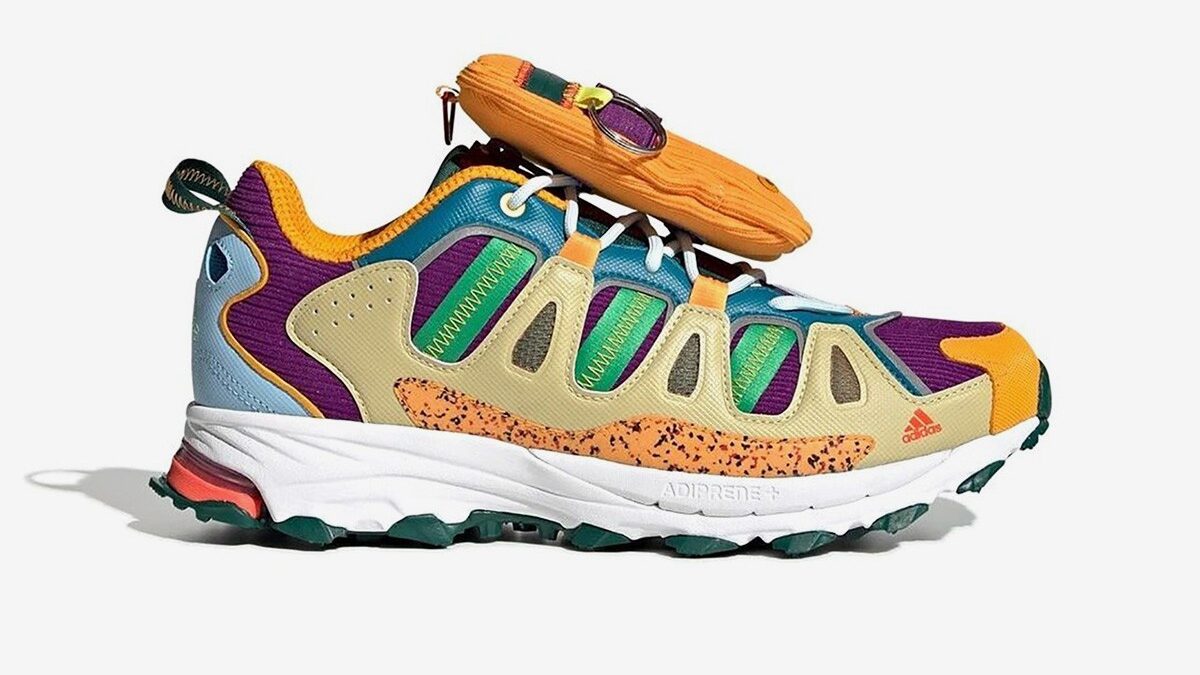 Sean Wotherspoon is back with his upcoming adidas sneaker collaboration. This new pair of sneakers being Wotherspoon’s OG silhouette, the Superturf Adventure, is dubbed in one of his favorite materials: corduroy.

Regarding his third eco-friendly sneaker collaboration with adidas, Wotherspoon tapped on Disney for the brand new outdoor-inspired model. This debut colorway is drawn from Jiminy Cricket, a fictional character from beloved children’s book, The Adventures of Pinocchio, which Disney went on to adapt into the animated film, Pinocchio.

Just Weeks ago, the Round Two co-founder teased the colorful sneaker via Instagram, boasting a purple base with orange, yellow, and blue overlays. He wrote, “Corduroy is back, I’m hyped!” Wotherspoon famously used the material on his highly sought-after Nike Air Max 1/97

Recently, he served us with the detailed looks of the shoe, stating that it is his own silhouette. “Nothing feels better than wearing my own silhouette ♻️ “Super Turf Adventure by SW” shout out to @disney for letting me use Jiminy Cricket! Nothing short of a dream come true project for me!,” says Wotherspoon .

This vegan shoe’s construction involves the usage of recycled materials, such as a cork insole along with recycled polyester. A detachable corduroy cover with a waterproof sealed zipper sits atop the laces. One of the best features is the pouch that can be taken off and used as a wallet or keychain as per the user’s interest. The trail-like shoe uses the same Adiprene+ cushioning and outsole of the brand’s Response Hoverturf model.

At present there is no news if the collaborative sneaker will have more than one colorway. As per the sources, the designer’s latest venture will see a pre-release in November, which will be followed by a wider launch in December for $160USD.