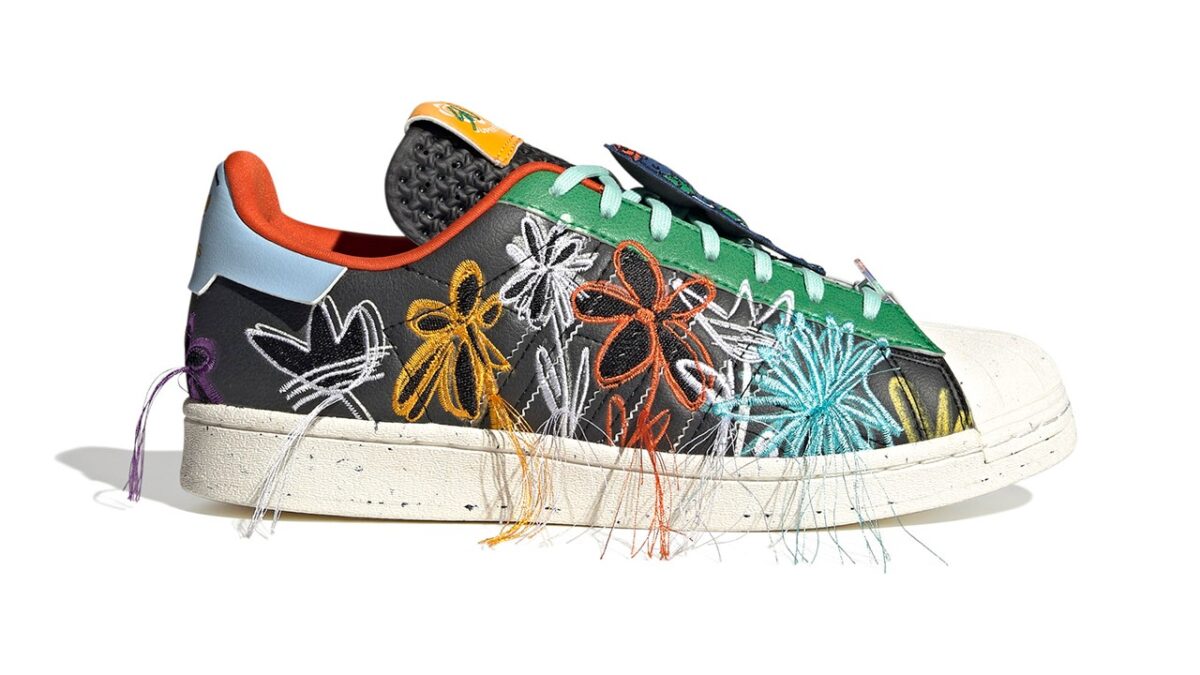 Sean Wotherspoon – the co-founder of Round Two is all set for his next release with adidas Originals, offering us a black take on the creative’s adidas Originals SUPEREARTH Superstar collaboration.

Following on from the inaugural white-based iteration, as well as various glimpses of this forthcoming black pair, comes the news that the SUPEREARTH in black is finally set for a release. And this time releasing globally as per Wotherspoon’s confirmation back in August.

The shoe comes with a leather upper that’s adorned with floral embroidery throughout in a myriad of colors, falling from the uppers in a distressed manner. Furthermore, shades like green, baby blue, orange, and yellow appear on the eyestay and heel, whereas, Wotherspoon’s friendly SUPEREARTH characters fashion the tongue as both a lace shroud and a dubrae.

Completing with the design of the pair is a shell toe and sole unit finish, which sees flecks run through the rubber noting its sustainable credentials. Sean Wotherspoon’s adidas Originals SST AEC SUPEREARTH Superstar in black is set to release on Adidas’s regional Australian site — and elsewhere worldwide — on October 22, costing $180 AUD (approximately $130 USD).

A KAWS and Reese’s Puffs Collab Is on the Way

PUMA Introduces The Suede XXI, Their “Refreshed” Take On An Icon

This new multicoloured AJ1 High will release in September