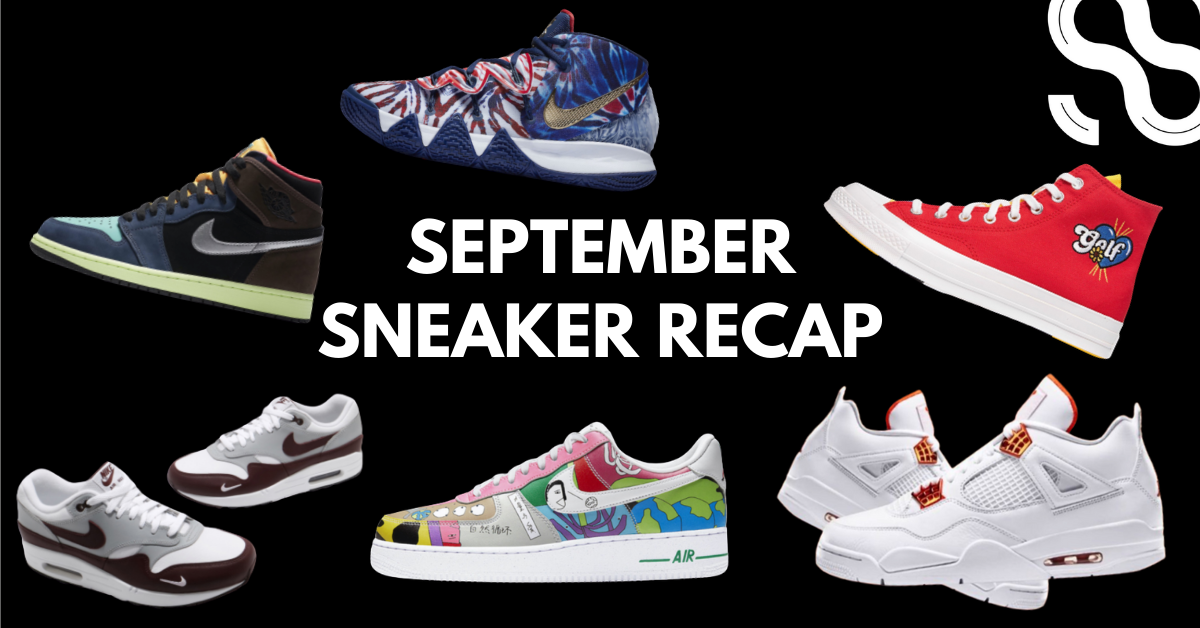 Up next is a brand new collaboration, available through selected Puma stores all across India, the PUMA RS X³ Emoji was and an innovative collab between streetwear specialists Puma and the Emoji brand. It was released in two contrasting black and white iterations.

Nike Dunks have been a sensation throughout 2020, so was the Nike Dunk Low Community Garden (Lemon Wash). As per Nike, the iteration’s eye-catching profile is taken from the vibrancy of any community garden. The aesthetic is executed by blending collage-style graphics with grounded earth tones like lemon wash and midnight turquoise seen throughout the sneaker.

We also saw the Air Jordan 4 Retro “Team Metallic Orange” drop eclusively at SuperKicks India on 6th of september. The Indian sneakerheads take their J’s seriously but this colorway didn’t seem to make that bold of a statement. Even though it was sold out quite fast throughout the globe, we haven’t seen any prominent personality rock this iteration.

Fragment, one of the long term allies of the Jordan brand took the sneaker scene with a storm, releasing the Fragment X Air Jordan 3 White Black. Like most of his collaborative ventures, Hiroshi Fujiwara opts for the “less is more route”. Finally, fragment design’s signature lightning bolt logo alongside “AIR” branding on the translucent heel tab has come into action.

Coming on to a much-awaited Dunk, Instant Skateboards X Nike SB Dunk Low was an instant hit amongst the hypebeasts from all across the world. Dropped globally via the SNKRS app, these bad boys were very limited in number which soared there value above the thousand dollar mark.

Up next was yet again a textbook Dunk High, this time around resembling the University of Michigan. The Nike Dunk High Michigan brings together Varsity Maize and Midnight Navy all over the fine leather construction on the upper with more Midnight Navy seen on the Swooshes, laces, inner liner, and rubber outsole. Overall it was a great cop for every dunk fan out there

To sum up the month of September, we had yet another exciting collab with Adidas teaming up with toy brick specialists Lego to give us a crazy sneaker. The Lego X Adidas ZX 8000 demonstrated that you’re never too old to play, this unique release sees the Danish toy company bring its instantly recognizable aesthetics to an Adidas archival icon. These unique kicks also made an appearance in India via SuperKicks and VegNonVeg.

We also saw these alluring kicks release in the month of September.