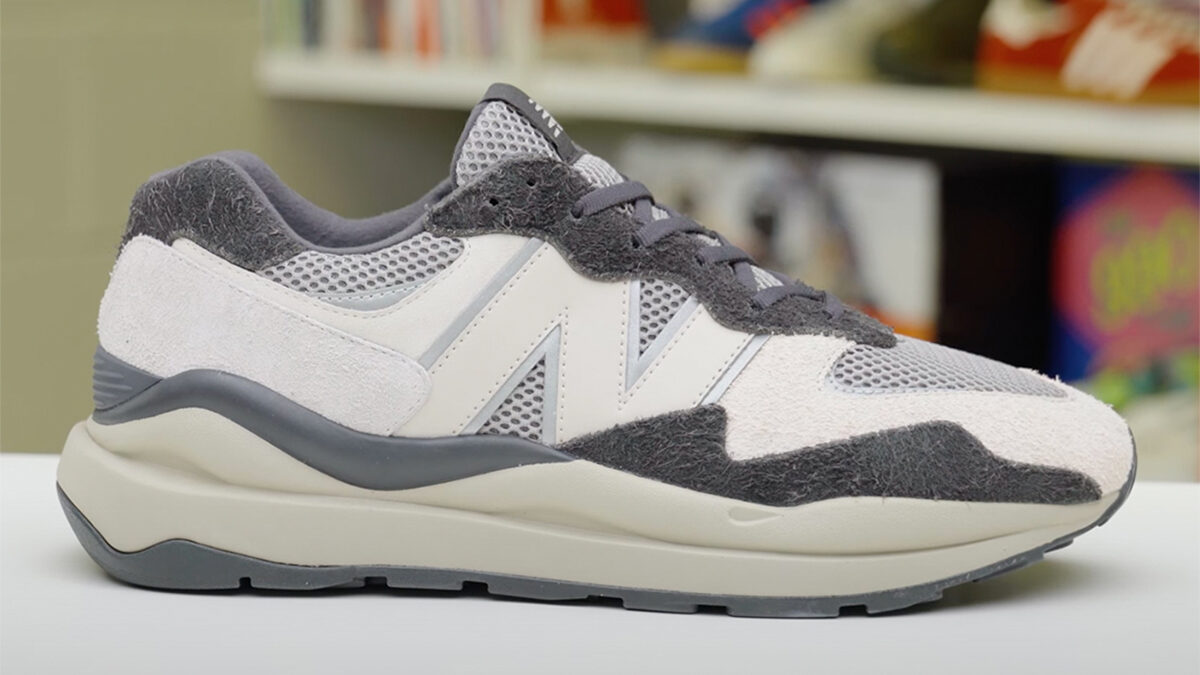 In the past few years, New Balance has established itself as a giant in the sneaker market, and it has certainly not been a coincidence. Its emergence as one of the most popular sneaker brands in the UK can be attributed to its selective collaborations with the most sought-after brands. With this strategy, new silhouettes such as 327 and the 57/40, in collaboration with Bricks & Wood and Staud earlier this year, have also been introduced by the brand. Now, the UK-based streetwear brand is back with another partnership with size? with an effort on the 57/40 silhouette.

The shoe is seen upholding the essence of New Balance’s greyscale back catalog with hints of inspiration derived from seasonal outerwear. It can be deduced that the idea was to honor the original New Balance color schemes. Hairy suede and leather meshes, along with detailed material composition can be noticed in the construction of the pair. The eccentric blocking on the shoe adds the element of dazzle, for those who believe that the pair is a bit sober.

Although the pair was previously rumored to drop in June this year, along with its accompanying apparel collection, ultimately there were no updates. However, rumors about an August drop have now surfaced, so keep your eyes peeled for more updates.

Nike might bring back the Galaxy print of past years.