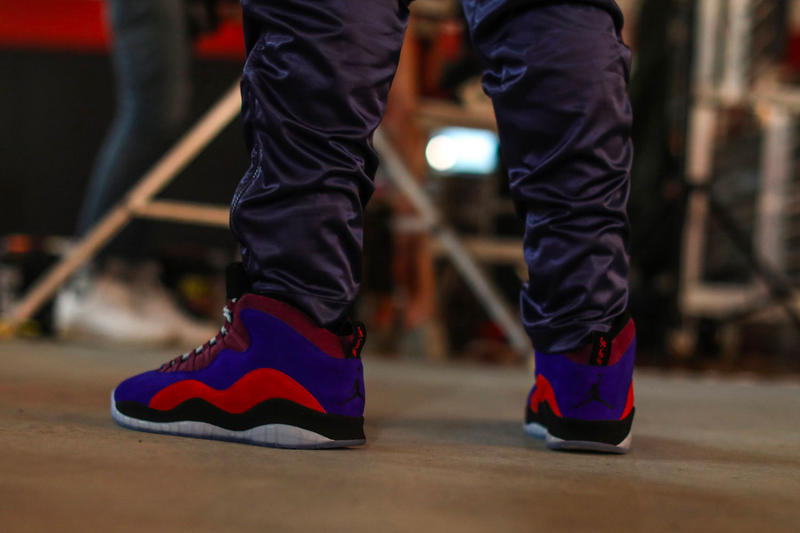 Over the last 10 years, major footwear brands like thousands of sneakers. Some of them are extremely collectible and memorable meanwhile; the others are lost in the sands of time. We’ve put together a list of sneaker gems that you’ve probably forgotten, either because they’re plain ugly, super weird, and unbearable, or because they didn’t get the love they deserved when they first dropped. Some of them were them were initially successful but turned out to be fads and people completely stopped buying and even wearing them.

Scroll down to walk along memory lane-

Supreme is a brand known for working with and giving a tribute to the famous pop artists from the past. Supreme worked with Vans and used their Sk8 hi silhouette to create this shoe. The “Campbell’s Soup” theme was inspired by Andy Warhol’s famous artwork.

The feature the tiled crimson soup graphic across their uppers, some more extensively than others, dropping alongside a collection that included an all-over print t-shirt and five-panel caps. Supreme has always been known for their references and odes to brands, people, and cultural moments, and yet we think this quirky collaboration is one that didn’t receive the love it deserved back when it first dropped. It’s never too late though.

For this rendition, the lightweight ZX Flux silhouette has been gifted the check pattern, found across the entire mesh upper of the shoe. Other big bursts of color can be found on the blue heel counter, the red laces, and the red and blue hits of color on the midsole, insole and tongue. All of this is paired with a crisp white rubber-sole and Three Stripe branding in a subtle, translucent print. If you’re the kind of person to pair your bag with your shoes, this 2015 release is one to search for online.

Nike joined forces with the Japanese retailer BEAMS to create one of the most confused collaborations, the Nike Air Presto QS ‘Greedy’. The fact that it was sold exclusively at the BEAMS outlets made it infamous for its inaccessibility.

The silhouette is positively gluttonous in its use of colors and Air Presto references. It mixes and matches hues of ‘Orange Blaze’, black, ‘Star Blue’ and ‘Pine Green’, and harks towards the original Air Presto campaign. Other features include an extra-comfortable neoprene upper, a durable cage surrounding the sides of the shoe, a chunky heel Air unit, and a rubber outsole marked with an orange mini Swoosh. It’s so random, yet harmonious at the same time.

There was a very specific time over the past decade when both the Safari print and the Nike Sock Dart were really on-trend. We’re thinking 2017, the year that the Nike Air Presto was arguably the most coveted shoe on the market.

In May 2017, Nike dropped the Sock Dart ‘Safari’ Pack. Shortly after releasing a similar collection of jungle-inspired Air Prestos, four colorways of the Sock Dart were given Hatfield’s Safari treatment – coming in ‘Turbo Green’, White/Black, Gym Red/Black and ‘University Gold’.

Each silhouette featured an easy slip-on, sock-like mesh upper, a clear midfoot strap, a white midsole atop of a black upper, and, of course, a speckled Safari print across the stretch uppers.

It’s easy to gloss over the fact that Jerry Stackhouse had his own line of signature shoes during the 1990s. Along with Grant Hill, Stackhouse joined Fila after being drafted in 1995.

Fila’s signature sneakers haven’t received the same retro treatment as Nike, Adidas, or, to an extent, nostalgic Reebok offerings. But at the time, the brand produced a wonderful array of basketball kicks.

Stackhouse’s line, in particular, was special. Dubbed The Stack, Fila pushed its product onto the court using a bulky finish—a trait the brand is remembered for. Stackhouse’s kicks used Fila’s traditional color combination of white, navy blue, and red to keep a level of brand notoriety—a black-and-white design was also made public. In the end, Stackhouse’s time with Fila remains a footnote of signature basketball offerings during the ’90s. His line was prominent and made noise at the time despite being forgotten all these years later.

Whether you want to admit it or not, Serena Williams has become a pivotal member of the sneaker community dating back to 2015 when Nike announced they would be giving her a signature shoe.

The Nike Court Flare became Williams’ calling card, as the shoe was designed specifically for her to help with nagging ankle issues, per Nike News. A neoprene ankle holster turned Williams’ ailments into a thing of the past.

Since then, the shoe has been made readily available to the general public and has even been given the Air Jordan treatment—as you can see in the shot above.

Williams has done it all. She’s won 23 majors, engraved her name into tennis allure, and has become a prominent Nike signature athlete.

The most recent sneaker on this list, the ladies-only exclusive has hints of select models that we’ve been seeing on our timelines recently, and yet it’s a silhouette that hasn’t had the same limelight as say, the similarly color-blocked Nike Dunk SB ‘Viotech’ or Aleali May Air Jordan 1 Retro High OG ‘Viotech’.

In 2018, American professional basketball player Maya Moore teamed up with Jordan Brand to release the Air Jordan 10 NRG ‘Maya Moore’. This AJ10 is said to be inspired by Moore’s most beloved uniforms that she’s worn throughout her illustrious career. The upper gives off premium vibes, constructed with extremely buttery suede, as well as a rich pairing of concord, black, and rush red sitting atop a rubber outsole.

Team Jordan relied heavily on guys like Eddie Jones and Vin Baker to burst through the NBA’s tightest footwear seams. “Vin Baker was so good during his peak years that Jordan Brand pegged him to basically be their ‘Strong’ to Eddie Jones’ ‘Quick,'” Juan Martinez of Kicks on Fire penned.

The combination gave Jordan Brand a chance to thrive during the Michael Jordan era of hoops and keep the brand’s impact on a vibrant trajectory. For a period of time, Baker served his purpose.

Two sneakers shoot directly to the brain when you think back on Baker’s time with Jordan Brand. The Jumpman Pro Strong and “Vindicate—the latter being his true signature effort”. Both shoes turned out to be quality Team Jordan releases and helped move the brand forward. Baker became a household name in the league and subtly helped alter sneaker culture with his Team Jordan imprint.

JJJJound is back again with another Reebok collaboration