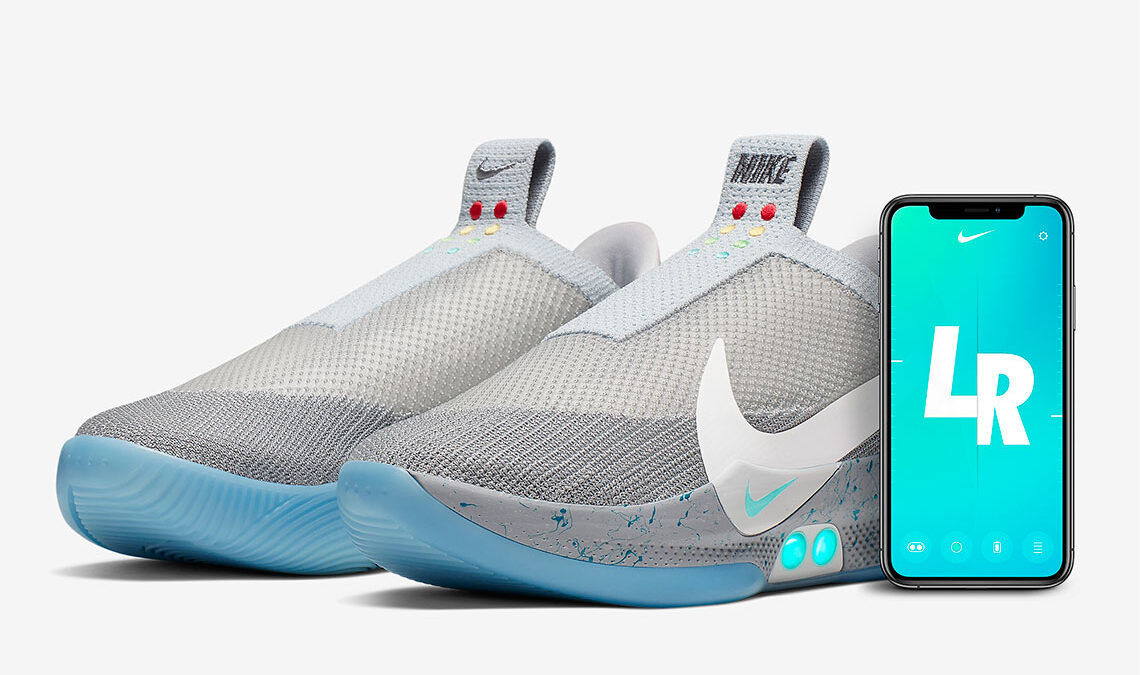 The sneakersphere’s technical arms race (foot race?) is as hotly contested as ever, and as we approach the end of decade, the big brands continue to break ground in the ongoing war for sneaker supremacy.

We’re living in the information age, so the modern sneakerhead isn’t after glorified gimmicks – they want creps that are lighter, faster, comfier and bouncier than ever before. The years 2010–2019 delivered just that – and so much more.

The industry was digitally disrupted, and our bank accounts were corrupted as a result. Here are the sneaker technologies that defined the decade.

First hitting the market via the EnergyBOOST back in 2013, BOOST threw the sneakersphere into a frenzy, transcending its performance roots to become one of the most memorable lifestyle sneaker innovations of all time.

For years, sneaker brands have been looking to pump-up midsoles with inserts and pressurised chambers. However, the years 2010–2019 signified a shift towards new cutting-edge midsole materials, and none were more influential than Team Trefoil’s bubbly BOOST.

To create the tech, adidas joined forces with the world’s leading chemical company BASF, refining TPU by blowing it up and reshaping it into miniature energy capsules. The process resulted in a springy, energy-returning midsole material with an intriguing styrofoam-esque look. It was tough, three times more temperature-resistant than standard EVA material and, most importantly, comfortable as hell. Consequently, it wasn’t long before Mr. West added BOOST to his rotation.

Before we knew it, the sneakersphere was engulfed in the #BOOSTvibes phenomenon. OG heads were selling their beloved Air Jordan and Jumpman Grails to fund the latest UltraBOOST collaborations, while a new wave of sneaker lovers also emerged ridin’ high on BOOST.

Consumers went all in, as did adidas, flooding the market with the cloud-like soles. As a result, the technology disappeared from casual rotations seemingly as fast it appeared.

Perhaps spurred by the feverish popularity of the lightweight Roshe range, which debuted in 2012, knitted upper technologies were a key element in the construction of sneakers this decade. Spearheaded by Nike’s Flyknit and adidas Primeknit, the pre-dad-shoe era was perhaps defined by the sneaker with a ‘sock-like’ look and feel – with some luxury brands taking that concept even further.

In the case of Flyknit, stronger fibres are used in specific areas of the weave for more support. In contrast, Primeknit involves knitting a one-piece upper then applying heat to specific areas so fibres melt and create a fuse-like texture.

Rewind back to the early-2000s, and the thought of knitted sock-like uppers would’ve been laughable. However, modern knit weaves have become so comfortable and durable that they’re even being used in high-end football boots, able to withstand flying slide tackles from the burliest of defenders.

Moving forward, the sneaker knits are only going to get lighter and more breathable. Eliud Kipchoge has already broken 2 using a mysterious new material called ATOMKNIT, so we’ll watch this space with keen eyes (and feet).

Marty Mcfly and Back to the Future: Part II whet the world’s appetite for self-lacing sneakers all the way back in 1989, and this decade has brought that silver-screen dream well-and-truly into reality.

Over 20 years since the film’s debut, Nike released an Air MAG replica in 2011 and 2016, with a pair from the last drop selling online for $38,000. It may have been pricey, but the sneaker community didn’t have to wait long for a more available and affordable (kinda) alternative to hit the masses. Dubbed the HyperAdapt 1.0, the sneaker came powered by E.A.R.L – Electric Adaptable Reaction Lacing – and featured LED lighting, heel sensors, motors, and cable systems that adjust to an ‘algorithmic pressure equation’. It looked every bit as futuristic as a self-lacing sneaker should.

Moulding to the wearer’s exact specifications, the HyperAdapt wriggles to sense friction points, with buttons on the side used to further tweak the fit. Sure, the $720 price tag may have scared away many suitors, and the mechanism may have over-tightened on occasion, but the Hyperadapt 1.0 will arguably go down as Mark Parker’s masterpiece once he steps aside in 2020.

Now, we just need to wait for a hoverboard that actually works.

3D printing has been all the rage in the manufacturing sector and, naturally, numerous brands have tried their hands at adopting the cutting-edge process to make sneakers. We’re still a fair way off 3D-printed footwear becoming the norm, but the adidas Futurecraft program has been at the forefront of the technology’s transition to the masses since 2015.

Joining forces with California-based tech company Carbon, adidas worked to create their first-ever 3D-printed soles, unveiling the progressive Futurecraft 4D in 2017. The world’s first high-performance sneaker featuring midsoles crafted with light and oxygen using Digital Light Synthesis, the Futurecraft 4D will go down as one of most progressive footwear designs of all time.

‘With Digital Light Synthesis, we venture beyond limitations of the past, unlocking a new era in design and manufacturing. One driven by athlete data and agile manufacturing processes,’ described Eric Liedtke, adidas Group Executive Board Member Responsible For Global Brands at the time of release. ‘By charting a new course for our industry, we can unleash our creativity – transforming not just what we make, but how we make it.’

Team Trefoil have since taken the technology to the masses in the form of silhouettes such as the AlphaEDGE 4D and ZX 4000 4D, while other brands have even looked to take things a step further by 3D printing entire sneakers.

Will we be living in 3D once the next decade winds up? Not if the retail doesn’t drop, we can tell you that much.

So these are pretty much the ones that defined the entire decade, not to deny that there were many more in the list that came, some banged the market, some got thrashed out. But these stayed for the entire decade and are never leaving any time soon even for years to come.