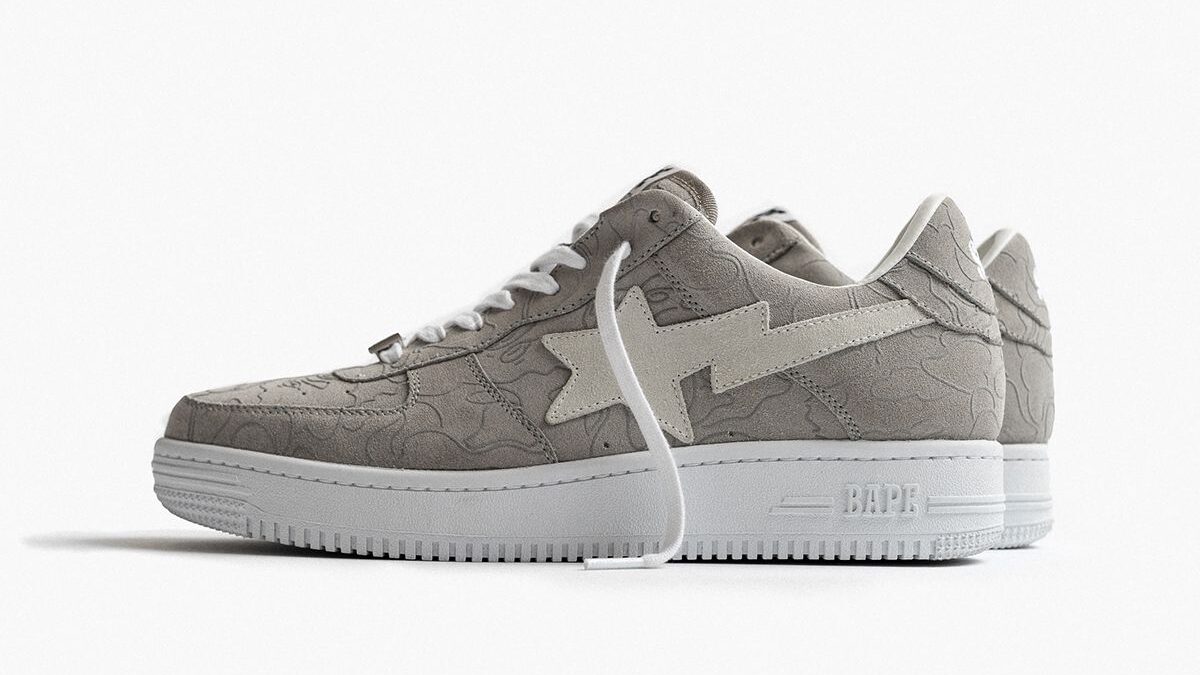 After the release of the teaser from GM Aljoscha Kondratiew, Solebox has now provided us with some detailed shots and release information for its forthcoming BAPE-STA collaboration. The upcoming sneaker comes with quite elevated and subtle elements than we’re used to from the Japanese streetwear brand. Instead of the characteristic patent leather and vivid colorways, Solebox’s BAPE-STA appears in a muted gray suede, which comes in a subliminal ABC camo pattern around the upper.

Talking about the design, it comes with a more modified take on the iconic bootleg shoe, which is further underlined by the project’s Made in Italy status. With high-quality Italian leather and craftsman processes, the shoe also arrives in the OG BAPE-STA shape something connoisseurs of the brand will no doubt appreciate.

The Solebox x BAPE-STA is to drop on December 30 exclusively at Solebox accompanied by an apparel capsule that contains two co-branded hoodies and T-shirts.