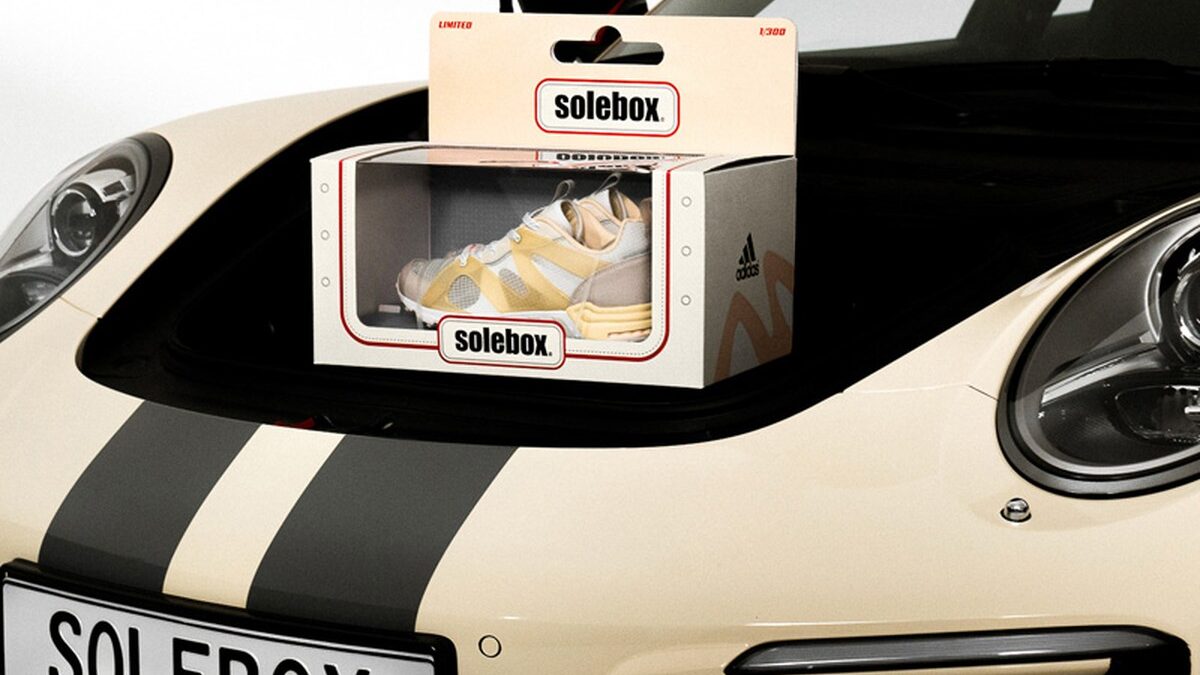 Solebox is yet another retailer taking part in the 30th anniversary of adidas EQT, celebrating the iconic product range through a collaboration on an archival prototype model. The sneaker in question is officially called the Solebox x adidas EQT Proto.

As the sneaker is an archival model, it never got an official release. Initially, the EQT Proto was known as the EQT Racer, which is also where Solebox’s theme for the project got its inspiration. As the racing and car culture are frequently bisecting with the sneaker culture over the past couple of years, Solebox has focused the colorway and material choices on the theme of Grand Prix racing suits-equipment of racing car drivers.

The sneaker features a beige/cream colorway with a translucent synthetic base upper and a vintage-looking lace cage appearing on the sides. Solebox branding comes on one of the heels, whereas, Adidas and Consortium branding feature on the tongues.

Only 300 pairs of the Solebox x adidas EQT Proto will be released, of which all of them will be coming in a special edition packaging, designed to look like the packaging model racing cars arrive in. Furthermore, every 10th pair sold will come with a Solebox-branded mini Porsche model.