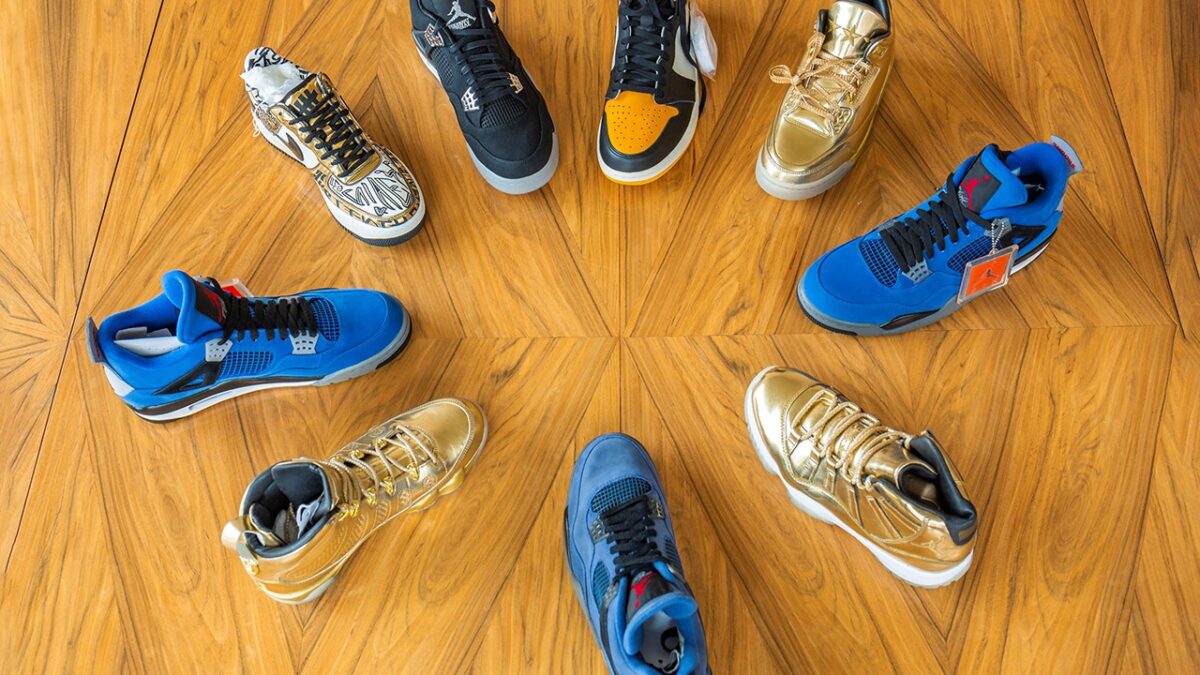 Sotheby has joined forces with Chicago based sneaker store English Sole to round up a 50 piece collection titled “Scarce Air” to auction soon. The 50 piece arsenal is well inclusive of some rare pieces to match the likes of Nike and Jordan Brand influenced heavily by music, entertainment and design.

Fighting for top spot are the mismatching Nike Air Yeezy 2s and the Nike Air Force 1s. The former is autographed by none other than Kanye West while the latter was made in collaboration with popular TV series Entourage, UNDEFEATED and Fukijama Gold. Adding a bit of bling to the collection are the gold toned Air Jordan 9, Air Jordan 11 and the Air Jordan 3 all of which were manufactured for R&B sensation Usher. Apart from which is a pair of Eminem’s Air Jordan 4 “Encore” which will arrive accompanied with a signed Marshall Mathers Shady Records card, the Eminem x Carhartt x Air Jordan 4 and the Colette x Air Jordan 1 Retro High OG.

The holy grails set to be auctioned are predicted to bring in a wholesome amount of $800K. Anyone wishing to cash out on the above mentioned pairs can bid their way until March 29, 2021.

Seoul Gets Featured On The adidas Ultraboost 20 “City Lights” Pack

New Balance Brews Up A 991 Inspired By “Cappuccino”