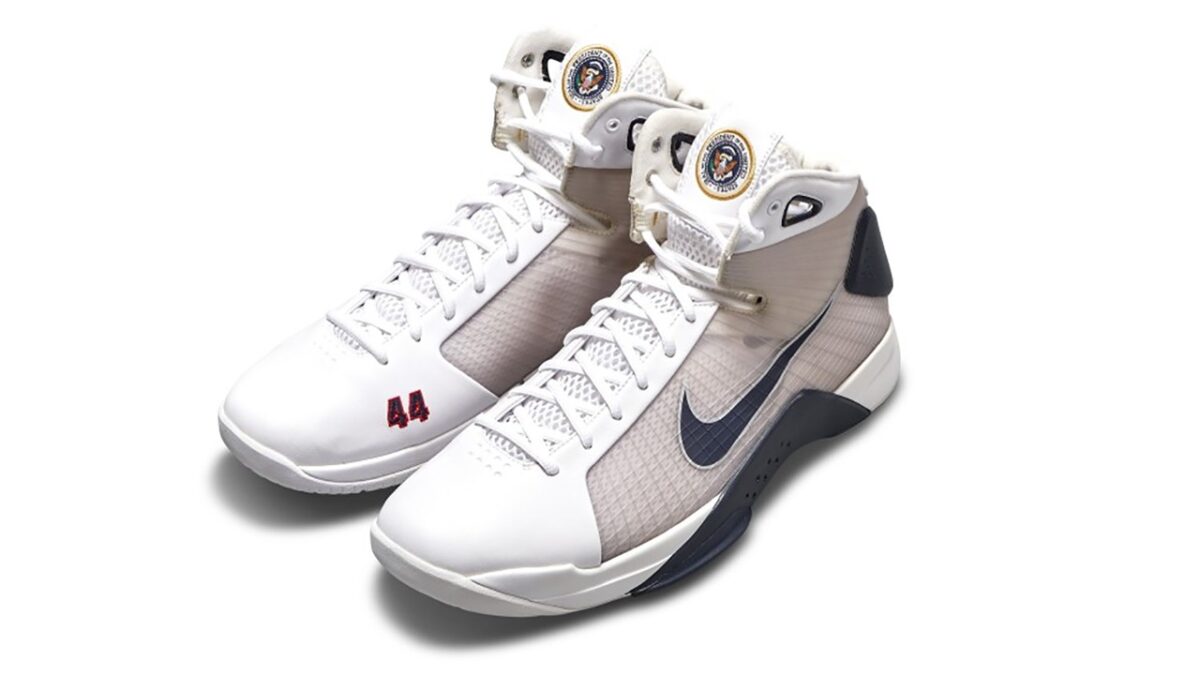 Barack Obama is an acknowledged politician, well-known for serving two terms as the 44th president of the United States. Apart from his love for politics, the Hawaii-born legend has a soft spot for the sport of basketball. As a token for his affinity towards basketball, Nike gifted him his very own Hyperdunk PEs. A deadstock 1 of 2 pair has now resurfaced and is listed on Sotheby’s for a whooping $25,000 USD.

In honor of the nation, the sportswear giant has crafted the hardwood-ready collectible in shades of red, white and blue much comparable to the 2008 USA team’s “United We Rise” colorway. On the uppers a clean white coat covers the leather panels associated with the collars, throat and toe boxes as well as the mesh fabrics responsible for the tongue and side walls which rest underneath a translucent film held together by Flywire. Now the dark bits come into the picture, dark fractions apply themselves on the Swooshes, angular midsole molds and heel counters featuring a tonal/debossed Nike lettering.

The specialty of the pair lies in its personalized patriotic-inspired elements. The Nike branding on the tongue is swapped out for the Presidential seal and the medial side’s forefoot receives the “44” number in embroidery. Insoles print out bald eagle graphics along the “1776” text as a means to pay homage to the birth year of America.

Sacai and Dior on “Creative Conversation” in First Collaboration

Take an Official Look at the SB Dunk Low “Mummy”