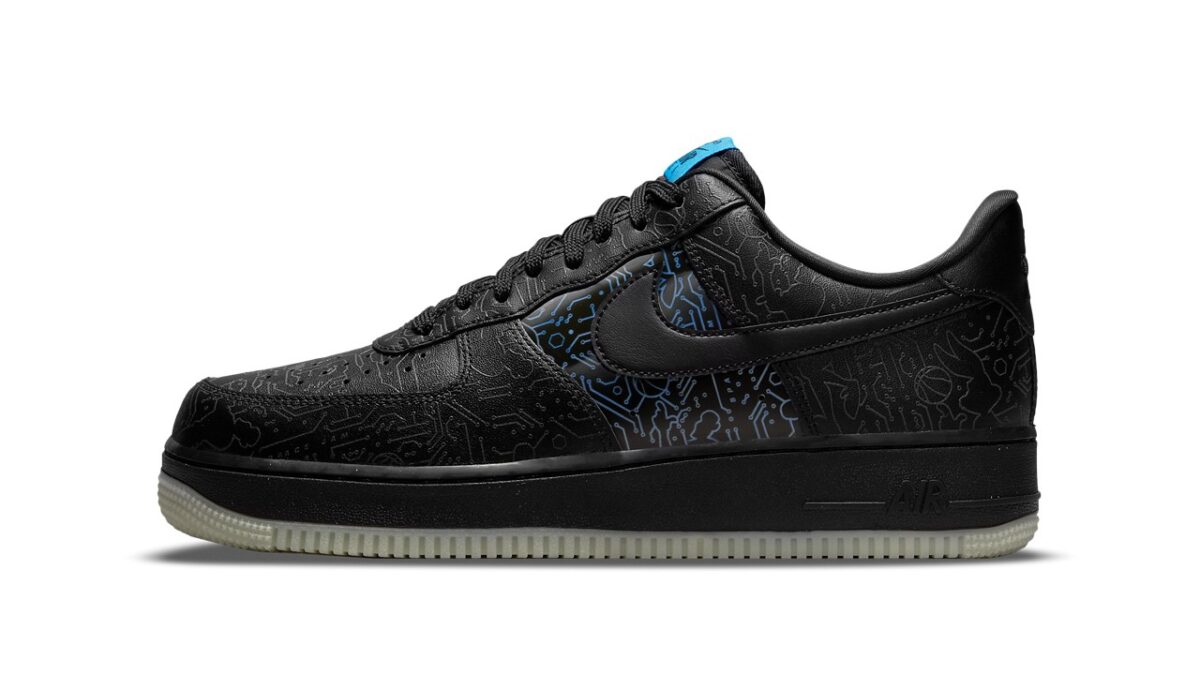 July is ‘the’ month for all the Space Jam fans and sneakerheads. Previously we witnessed three different Space Jam: A New Legacy-inspired iterations of the Nike‘s LeBron 18 Low, which have now taken a new Air Force 1 Low “Computer Chip” as part of the collection. Evidently drawing elements from the gigantic servers and the digital world seen in the first Space Jam: A New Legacy trailer, this low-cut Air Force 1 offers a more digital, less cartoon-centric look that its compatriots. However, that doesn’t mean it’s lacking for flair.

The construction consists of uppers that are composed of black leather, while the quarter panels are covered in a silky synthetic material. From heel to toe, the shoe features tonal computer chip-inspired detailing, where the quarter diverges again with blue embellishments. The print can seem entirely mechanical, but upon closed inspection, one can find silhouettes of movie characters varying from Bugs Bunny to a caricatured LeBron James. Completing the look are the Blue tongue badges, blue insole hits, black midsoles and glow-in-the-dark green outsoles . The Space Jam: A New Legacy x Nike Air Force 1 Low “Computer Chip” will release via Nike SNKRS on July 16 priced at $120 USD.