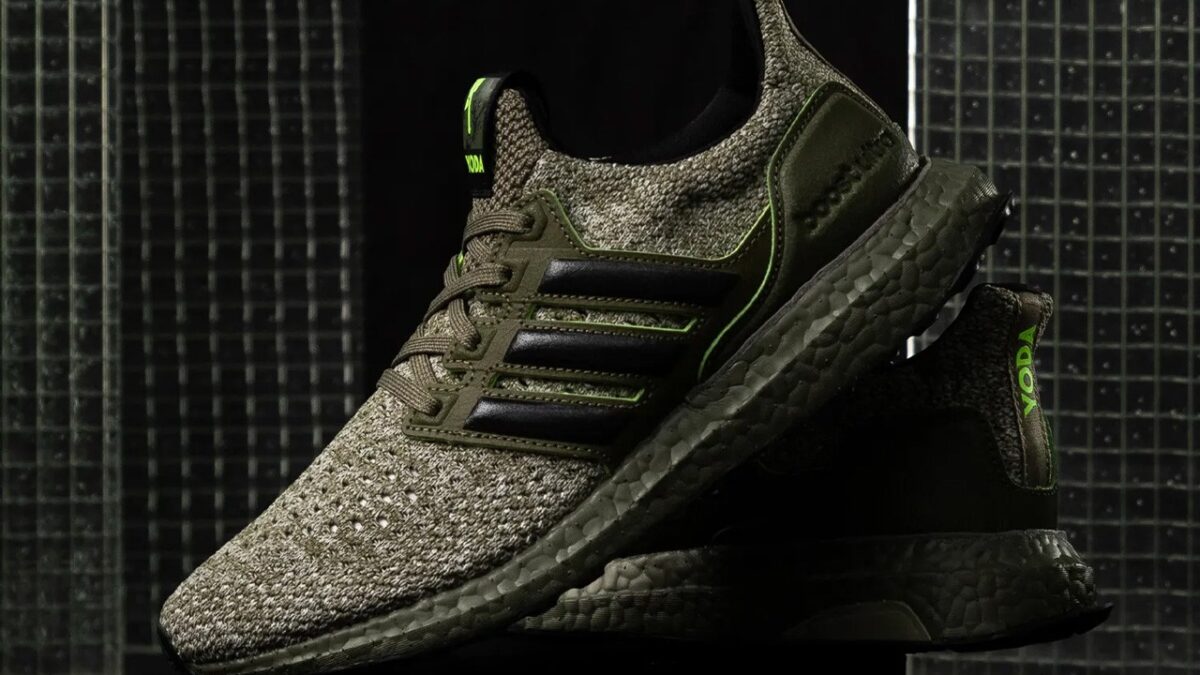 Strong With the Force, This ‘Star Wars’ X Adidas UltraBOOST “Yoda” Is

Star Wars and Adidas are taking on their vast homage to The Empire Strikes Back‘s 40th year with a new UltraBOOST “Yoda.” Adding on to the special silhouettes for the film’s other major characters — Luke Skywalker, Darth Vader, Han Solo, Princess Leia, Boba Fett, C-3PO, and Lando Calrissian — the tiny, topsy-turvy-tongued Jedi Master’s UBS are dressed in a special color scheme and filled with special details.

Super flexible Primeknit uppers are covered in a contrasting mixture of olive and white, while the build-up is done by olive leather midfoot cages and heel clips — both accentuated by bright neon green trim. If you take a detailed look, you’ll also notice that the leather features a cracked print that showcases more neon green. Three Stripe graphics are done up in black, and lateral sides offer a debossed, reversed “BOOST Ultra” hit, an indulgence to Yoda’s habit of speaking backward.

Tongues showcase a portrait of Yoda with his much-loved lightsaber, with heels split between an extended lightsaber on the left and a block letter “Yoda” spell out on the right. Branded insoles rock a printed still from The Empire Strikes Back, with Yoda’s fan-favorite “difficult to see, always in motion is the future” quote. Olive midsoles and black Continental rubber outsoles sum up the look.

The Star Wars x Adidas UltraBOOST “Yoda” will launch at retailers like Asphalt Gold on September 17, and is priced at $180 USD.