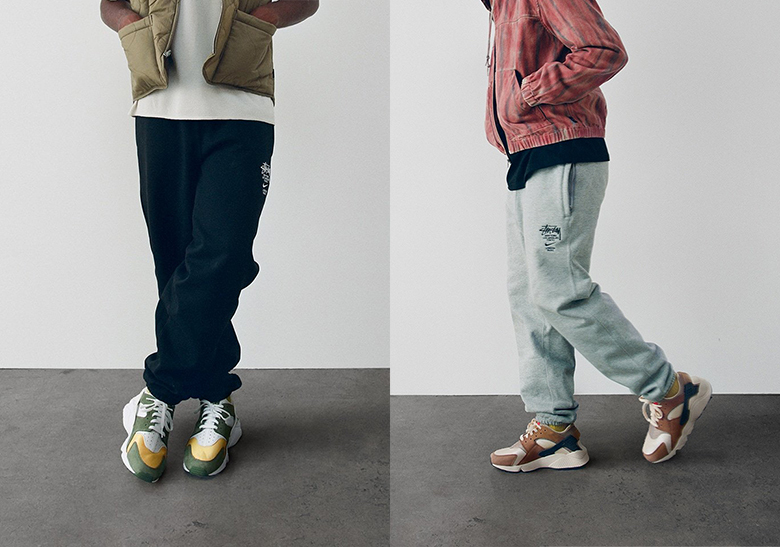 Adding fuel to the modern sneaker market car is collaborations, be it a gritty street shop or Europe’s highest-end luxury fashion house, no collaboration is small. Stussy x Nike is one such collaboration, the duo has released a number of catalogs with each project better than the previous. Stussy is a king in terms of footwear collaborations, with projects dating back to the year 2000. Fast Forward to 2021, Nike and Stussy will be coming together to re-issue an original release – the Air Huarache LE.

Initially released at the London flagship, the Stussy x Air Huarache was conceived by Stussy UK’s Michael Koppelman and Nike’s Fraser Cooke. At the time collaborative pairs were just a new shade on an old silhouette and that’s what they did. However in the sneaker history this pair lies in the forgotten list due to the presence of neutral tones on a running shoe while the Air Huarache is best known for neon-colored neoprenes and white leather.

Nike’s approach to collaborations was a lot different back then. At present Nike has large teams working towards creative partnerships and designs, back in the day lifestyle-focused special projects were a bit of a renegade affair. The releases were small and limited as the products weren’t projected as mass-market items, but local specialties. This would lead to a huge sneaker hunt amongst real connoisseurs of the shoe, something that the present day sneaker market lacks.

The “Desert Oak” is expected on the 12th of February. Stussy has also teased the shoes in their SS21 lookbook, further confirming the release of the Dark Olive pair as well.