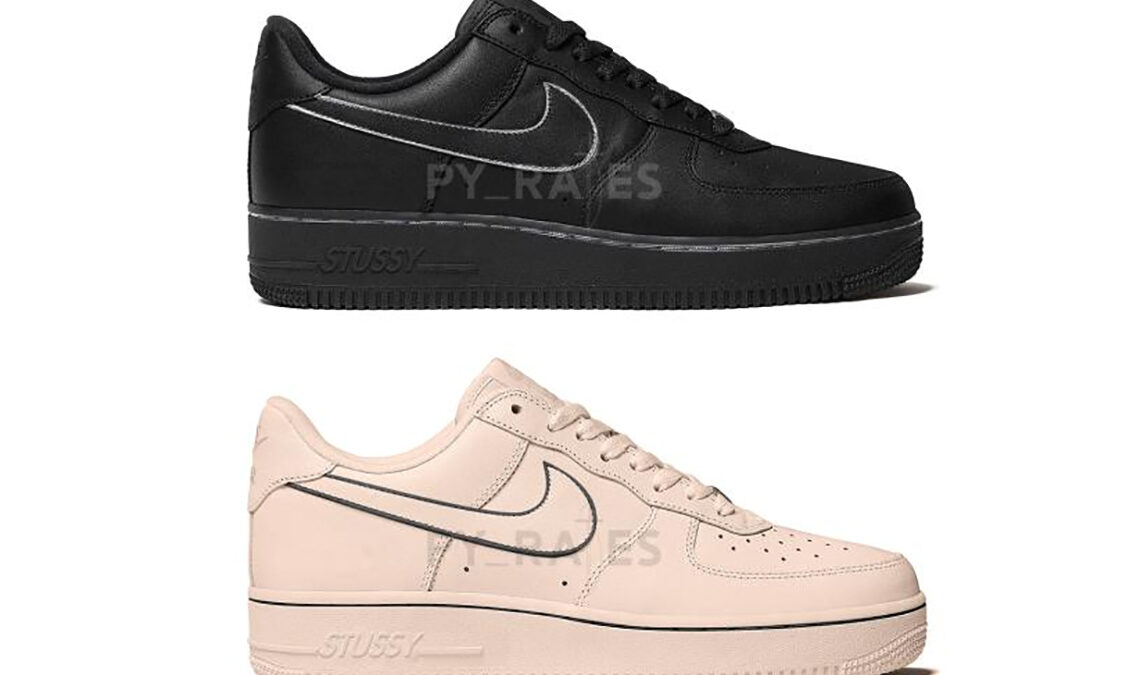 Stussy recently made waves in the sneaker world with the release of their fan-favourite “Spiridons” release. Stussy clearly wants us to stay happy, as we now know that we can also expect two pair of Stussy x Air Force 1s in the near future.

These images, which are only mockups, are provided by the social media handle @py_rates. We already know the pairs will be releasing in the “Black”, and “Fossil Stone” colourways. This seems to make sense considering the fact that their predecessors boasted similar colours also.

We will be getting a release for both pairs this holiday season, for a retail price of $130.

Reebok reunites with Vetements to create a scribbled Instapump Fury