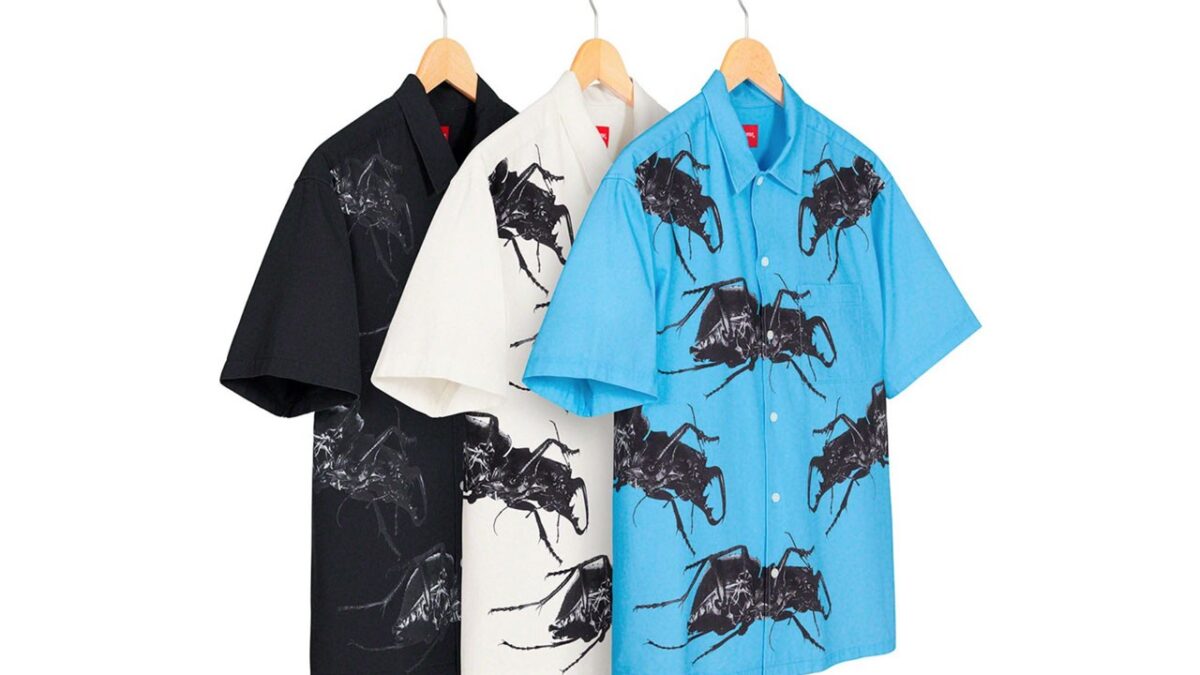 Joining Supreme‘s expanding list of musical muses is Massive Attack with a new collection inspired by the band’s 1998 Mezzanine album artwork scheduled to drop this week.

Inside the collection, the album’s signature beetle motif plants itself on top of a selection of soccer jerseys, button-downs and shorts. Throughout a color wheel of black, light blue and white, the 1990s iconography gets a present-day residency on Supreme’s modern silhouettes. Massive Attack’s Robert Del Naja, who created the original insect design, is the creative director for the line.

The band tweeted that they didn’t contribute in the brand’s tribute designs; however, they gave Supreme consent prior to their creation. “The Supreme Mezzanine range was planned and designed without consultation let alone ‘collaboration’ with Massive Attack,” they wrote. “The band are not stakeholders and have no commercial interest in the project. They gave consent as an act of ‘tribute’ to Nick Knight.”

Supreme crafted capsules in collaboration previously with an array of bands and artists including – The Velvet Underground, Marvin Gaye, Public Enemy, The Misfits and My Bloody Valentine, amongst others.

The brand’s Massive Attack-inspired collection is available on Supreme’s website.

Jun Takahashi's UNDERCOVERISM is back!